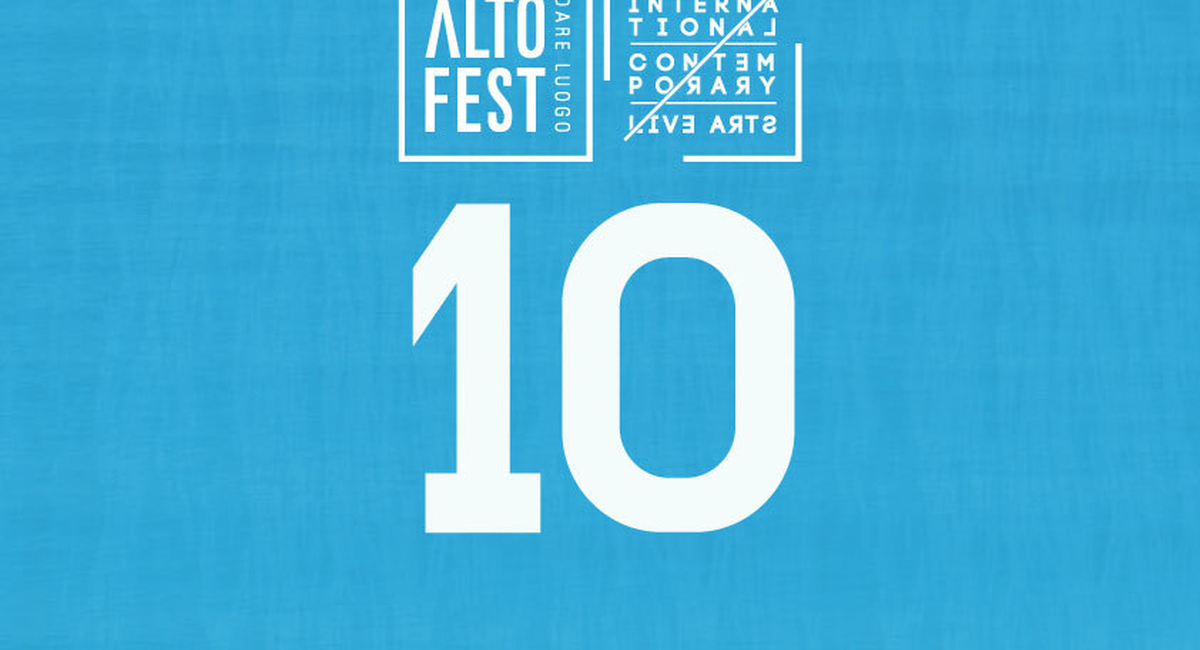 Altofest received the EFFE AWARD 2017-18 as one of the Six Remarkable Festivals of Europe.


International artists and citizens live together for two weeks sharing time and space. So in Altofest the intimate dimension of the home is fused with the aesthetics and poetics of all artworks and artistic processes.

Altofest was born in 2011 as an act of resistance, both artistic and political. The aim is to give rise to a community that, generating critical thinking, is able to recognise every attempt of imposing depersonalized and consumerist cultural policies. A community that is able to recognize culture as a primary good, feeling its need daily. We intend to graft in the urban fabric of the city a process through which all the social elements are put into dialogue with one another. The connection is given by the foreign, external sight, which expresses itself in the plurality of artistic languages that compose Altofest. The semantic interference offers to the community the occasion of speaking to each other in a neutral language, daring together in a common space.

Altofest is conceived as a piece by its own, a theatre device, a performance in the form of a festival,
which is engrafted into the socio-urban fabric in which it happens. It is built with the participation of resident citizens, who host national and international artists in their own homes. In Altofest contemporary live art and authors who experiment hybrid practices are welcomed. The houses become a space for artistic creation during two weeks of residence, and then they are open to the audience during the days of the festival. So the work of art breaks into everyday life, enabling the poetic part of existence to emerge. Altofest is a project of experimental sociality based on proximity, on the gift, on mutual care. This gives birth to a direct relationship between artist and resident citizen. Altofest inaugurates a dialogue on the profound meaning of hospitality, giving rise to a process of human regeneration, blending together the intimate and public dimensions. It provides a heterogeneous dimension between artists and citizens which tends at transcending roles, in favour of choral participation, an utter experience that generates “new relationships”. It is not just about hosting a performance in one’s own home, but the daily presence of an artist contaminates the vision of those who live or cross the same space. The creative urgency of the artist blends in with the needs of his host, in a constant dialogue that not only aims at redefining the work but also the signs that compose it, as well as the inhabited space and the objects that define it as “familiar”.
The citizen who is involved in the project is not a user or recipient, but a structural and founding part and an active agent of the process. The hosting citizen takes care of the work of art while the artist takes care of the host and his community.

The curatorial perspective that outlines the “fest” originates from meticulous attention to the one-to-one relationship between artist and donor, letting the generative potential of this encounter spread out to the system of relationships within which everyone moves; infiltrating through the different layers of living. Altofest is made and curated according to the principles of the poetic and creative methodology of TeatrInGestAzione, moved by the urgency of freeing performative actions from a merely spectacular context, and keeping constant contact with the theoretical reflection which is inseparable from every artistic practice. Altofest was born in Naples in 2011, conceived and curated by TeatrInGestAzione, directed by Gesualdi | Trono, in dialogue with Loretta Mesiti.
Altofest won the prestigious EFFE AWARD 2017-18 as one of the 6 most remarkable festivals in Europe. For the first time in 2018 Altofest crosses the borders of Naples, inaugurating a series of special editions, commissioned by several European Capitals of Culture: Altofest Malta 2018 for Valletta 2018 ECoC; Altofest Matera-Basilicata 2019 for Matera 2019 ECoC; while a version for Kaunas 2022 ECoC is already planned, thus creating a kind of network between the cities that share the project. Furthermore, it is the winner of the contributions from Funder35 (2016); SIAE-Sillumina (2017); Allianz Kulturstiftung (2019).