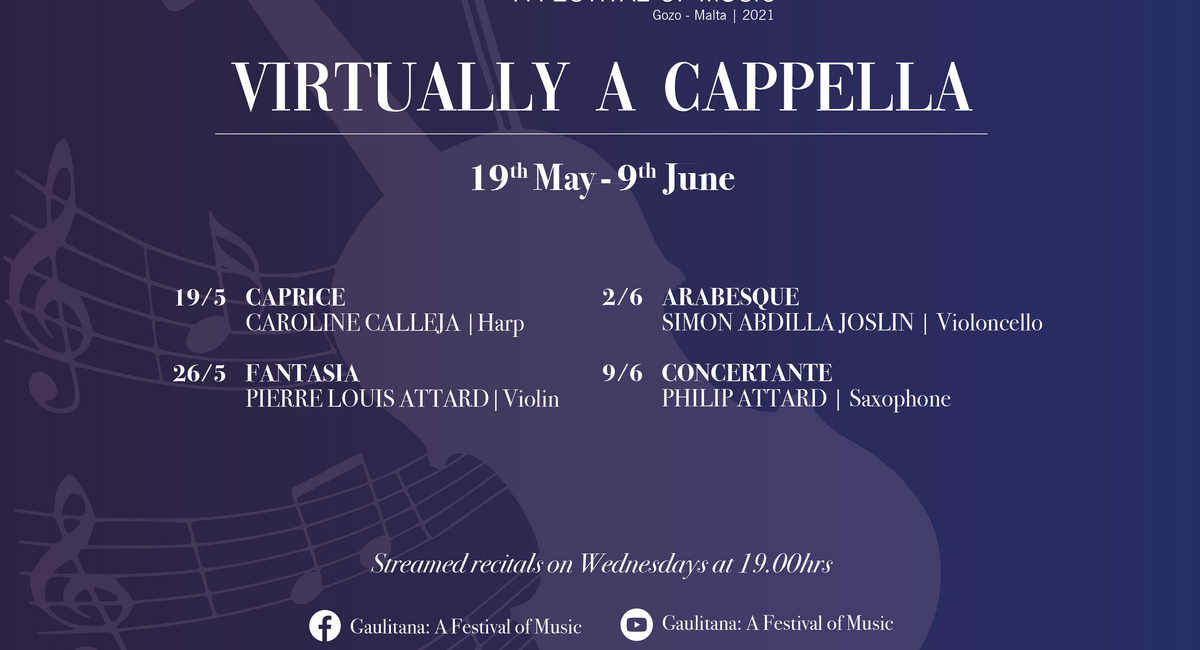 The 14th edition of Gaulitana: A Festival of Music, which had to be postponed in view of the health restrictions which came into effect in March, has now been re-scheduled. Whilst retaining its intended hybrid mode, the festival has now been re-framed in three phases. The festival kicks off in May with the first of the festival’s virtual projects.

“Virtually a Cappella", a series of four short recitals by four local solo instrumentalists recorded in some of Gozo's enchanting small sacred spaces, will be streamed on four consecutive Wednesdays at 19.00hrs starting as from May 19. An artistic leitmotif is the inclusion of Maltese compositions in each recital, including works by Charles Camilleri, Joseph Vella and Christopher Muscat.

The festival’s second virtual project, actually the most onerous event in this year’s edition, is an all-Verdi project, being held in lieu of the annual operatic production. This four-episode series presents operatic scenes from four principal Verdi operas, featuring Malta-based singers as well as a top international one, together with the Malta Philharmonic Orchestra. While the staging is being shot entirely in locations in Gozo, the series will be launched in the coming months.

The festival should eventually be rounded up by a number of varied live public events in Gozo. The festival’s team is looking forward to recouping as many of the originally scheduled live events later in the year, as dictated by the circumstances.

Gaulitana: A Festival of Music is supported by the Gozo Cultural Support Programme of Arts Council Malta.