The festival ‘SPUTNIK OVER POLAND” has been spreading the Russian culture in Poland since 2007. It is a non-commercial project giving the Polish audience a unique chance to get acquainted with the valuable productions of their Eastern neighbours. This endeavour has many years of tradition, good relations and cooperation with the film industry, media and cultural institutions, as well as with the diplomatic missions in Poland and Russia.

SPUTNIK aims at promoting an ambitious and non-commercial film repertoire. During the festival, we present approximately 150 movies in 4 cinemas in Warsaw and afterwards, the best titles are shown in several dozen cities in Poland. During the festival, we present features, documentaries, animations and short films created by the students and graduates of the best film schools in Russia. Following the latest trends, we also present VR cinema.

Every year we welcome in Warsaw the acclaimed Russian creators like Aleksandr Sokurov, Andrey Konchalovskiy, Karen Shakhnazarov, Nikita Mikhalkov, Sergey Solovev or Vera Storozheva. The festival responds to the audience’s needs in respect to their interest in important cinematography and broader culture.

Thanks to the cultural initiatives and films presented at the festival the participants of the project deepen their knowledge about Russia and its citizens. Screenings, slide-shows and meetings with travellers discover for the viewers the remote parts of the country, inspiring them to venture upon their own journey. Every year our selection team visits the most important film festivals in the world including, most notably, the Open Russian Film Festival ‘KINOTAVR’ in Sochi. We also receive submissions directly from the producers and creators.

The core of the festival consists of two competitions: Feature Films Competition and Documentaries Competition. The winners of the first 3 places receive a financial award. All movies in both contests compete also for the Audience Award. New Russian productions, including the blockbusters of the previous year, are shown in the ‘New Movies Kaleidoscope’. The retrospectives of the distinguished Russian creators appreciated all over the world are a notable point of the programme. Every year SPUTNIK proposes different theme sections. The audience can catch up with the best movies of SPUTNIK’s previous editions in ‘The best of SPUTNIK’ section. In cooperation with the Russian Film Festival in Vyborg we open to the viewers ‘A window to Europe: the programme of co-productions’. Fans of the short movies are invited to the ‘Long story short’ section which presents short films of the best film schools in Russia. ‘Little Sputnik’ presents the repertoire for 3 age groups: tales for toddlers, big cinema for little ones, and films for youth & family. The screenings are accompanied by many cultural events.

Every year we invite the underground Russian bands and Polish musicians whose artistic activity is inspired by the Eastern culture, thus facilitating the integration of Polish and Russian music circles. Folk bands, instrumentalists and artists who along with their work on the film set develop their music projects also participate in the festival concerts. We organise various exhibitions of acclaimed artists as well as beginners, travellers’ presentations, and theme workshops (culinary, music, acting, directing, calligraphy, photography). Every year in cooperation with publishers we present to the festival audience Polish editions of Russian literature and titles on Eastern matters, we also organise meetings with authors and translators. Similarly, we engage the theatre community by enclosing in the programme Russian plays presented in Warsaw theatres (National Theatre, Ateneum Theatre, Dramatyczny Theatre, Współczesny Theatre).

During the festival, we organise ‘the round table of co-production’ – a meeting of the representatives of the Polish and Russian cinematography where filmmakers, directors and producers can share experiences, a meeting that is also an opportunity to enter into business connections.

Both Polish and Russian representatives emphasize the political and cultural role of the endeavour which brings the two nations together.

WSPIERAM FOUNDATION is also the organiser of SPUTNIK’s sister project, the Polish Film Festival ‘VISTULA’, which takes place in many countries, like Russia, Serbia, Croatia, Kazakhstan, Kirgizstan, Uzbekistan, Georgia, Tajikistan and Azerbaijan among others. 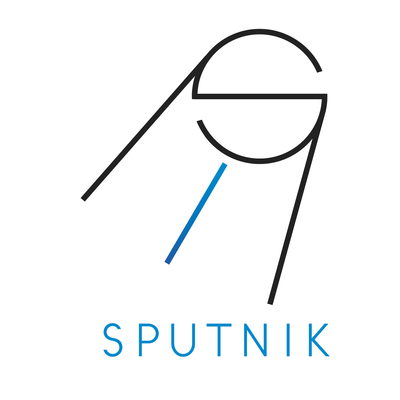