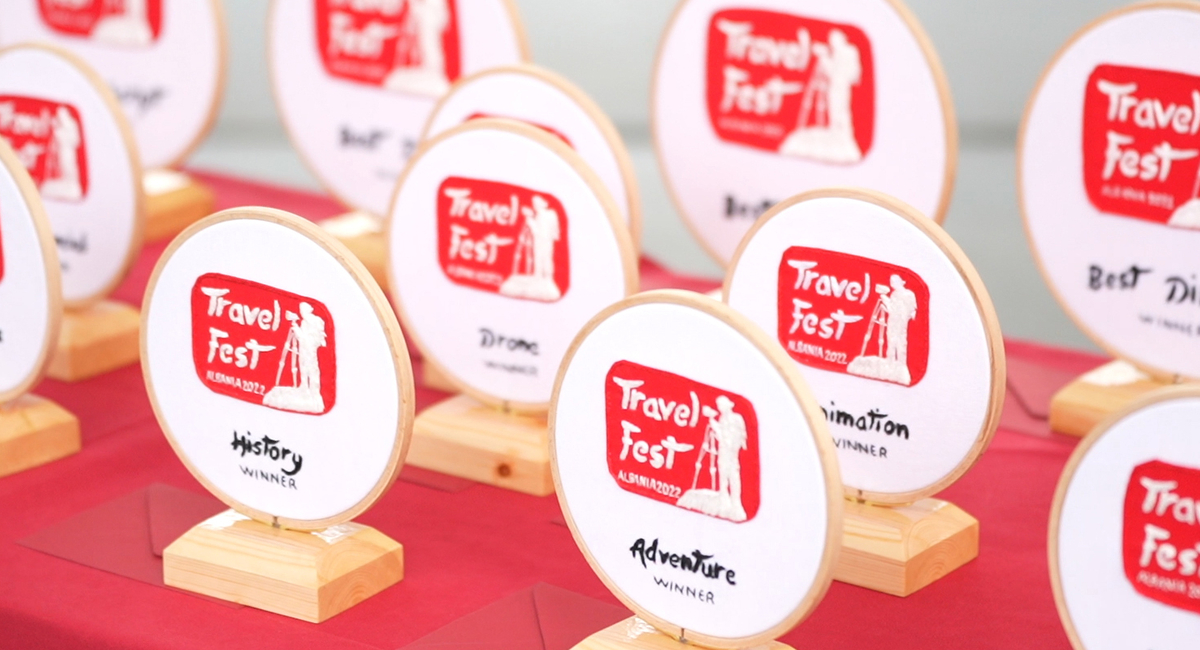 We have just concluded an amazing first edition! We are happy to open the call for entries to the next edition of Travel Fest Albania. In the first edition, 128 films from 42 countries were screened in 4 cinemas during one week and 22 prizes were awarded to the winners.

All authors attending the festival in Tirana presented their films to the audience in the cinema through an interview, while the festival was mentioned in the national and international media. After the awards ceremony, the authors of the films present at the festival enjoyed a 3-days trip to the Albanian Riviera.

Next year Travel Fest Albania will return even bigger by expanding the number of cinemas for screening in other cities as well as by adding the competition in photography. The authors of the films and photos present at the festival will have the opportunity to visit the Albanian Riviera for three days. They will enjoy the tourist trips, while in the evening films from all over the world will be shown for the audience.

Nature, wildlife, mountaineering, climbing, landscape, underwater world, biodiversity, flora, extreme and adventure sports, historical places, heritage, expeditions & routes, food and drinks etc. will be the reference of the next edition in Travel Fest Albania contest, while the slogan of this second edition will be "Dedicated to Earth".