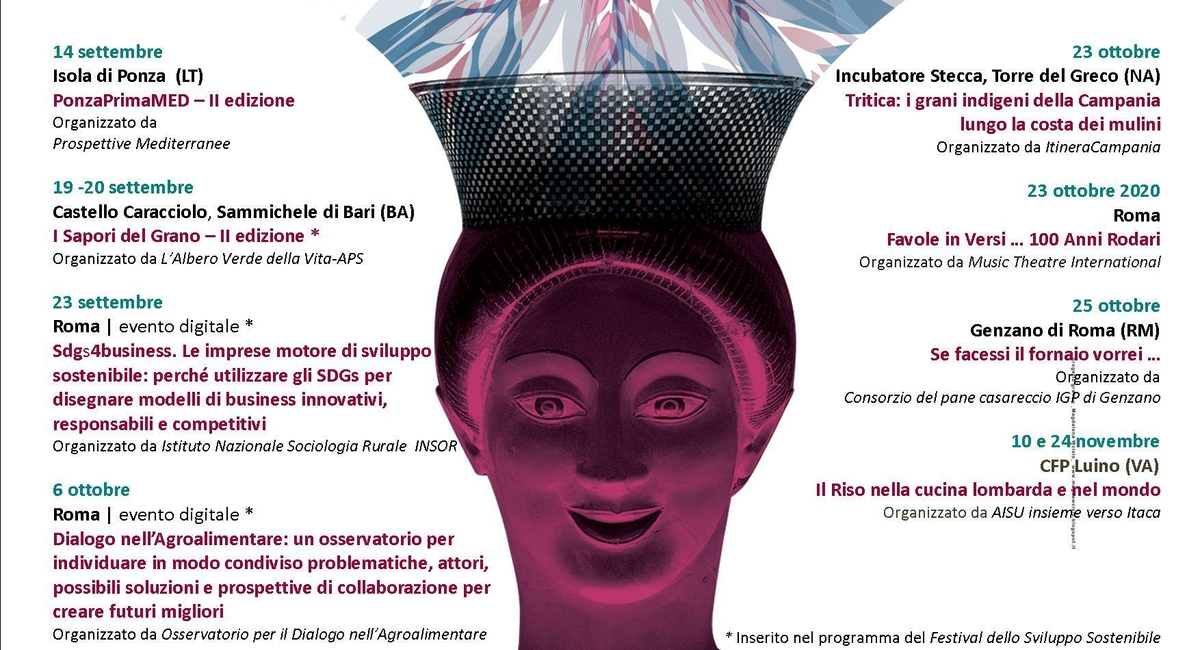 Cerealia is a festival dedicated to the history and importance of grains in all its forms. In ancient Rome, grains were celebrated in the rites of the Vestals and the Ludi of goddess Ceres. These antique rituals constitute the “Roman” element of the festival. Its international flavor derives from an emphasis on cultural exchange and enrichment and by focusing on a different country each year: 2011 – Egypt; 2012 – Turkey; 2013 – Greece; 2014 – Cyprus; 2015 – Croatzia; 2016 – Morocco; 2017 European Union – 60 years of the Treaty of Rome; 2018 Malta; 2019 Tunisia.

The festival aims to encourage cooperation in addressing the common challenges facing nations bordering mare nostrum (the Mediterranean sea), to support societal rather than eurocentric positons in response to the “economic coevolution of diverse economies” (A. Romagnoli), and to foster respect for and to safeguard the Mediterranean ecosystem. Cerealia is an International festival which takes place in Italy every year for four days in June (always including June 9, which is the date of the ancient Vestal rites and the feast of pistores – the Roman bakers). The key themes are: Culture, Society, Economy, Nutrition and Gastronomy, Environment, Territory and Landscape, Tourism.

The festival is a participatory festival which give value to the model of the sharing economy, with a special focus on sustainability. Program includes performances, conferences and workshop, educational activities, tours, food tasting. 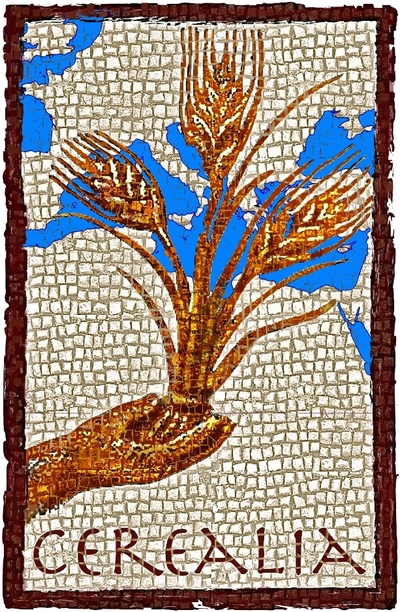