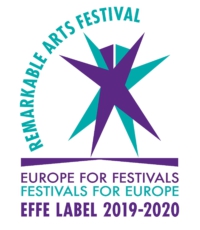 In 1993, the French Way of St. James was declared a World Heritage Site due to its value as a pilgrimage route, a way of cultural diffusion and a meeting place for cultures. The Camino in its Aragonese section is the gateway to the Iberian Peninsula through the port of Somport and it was one of the four main Jacobean roads of the Middle Ages, which were followed by pilgrims from Italy and southern France. The Way of St. James served for the understanding of the peoples and the structuring of the European consciousness as Goethe intuited ("Europe was born of the pilgrimages") so that the medieval heart of Europe was opened to cultural miscegenation.

With these premises and in order to put the Aragonese section of the aforementioned road in value, this festival was created.

This Festival is specialized in Ancient Music. Its performances take place in the most emblematic locations and places of the Camino de Santiago in the province of Huesca (French road) -the south of the Pyrenees-. Among several objectives, the Festival wants to focussed on the revitalization of this cultural route and the monuments find in its path, spread in the Jacobean route in the Jacetania area. Concerts are held in churches of special artistic and/or historical interest which are also splendid auditoriums.