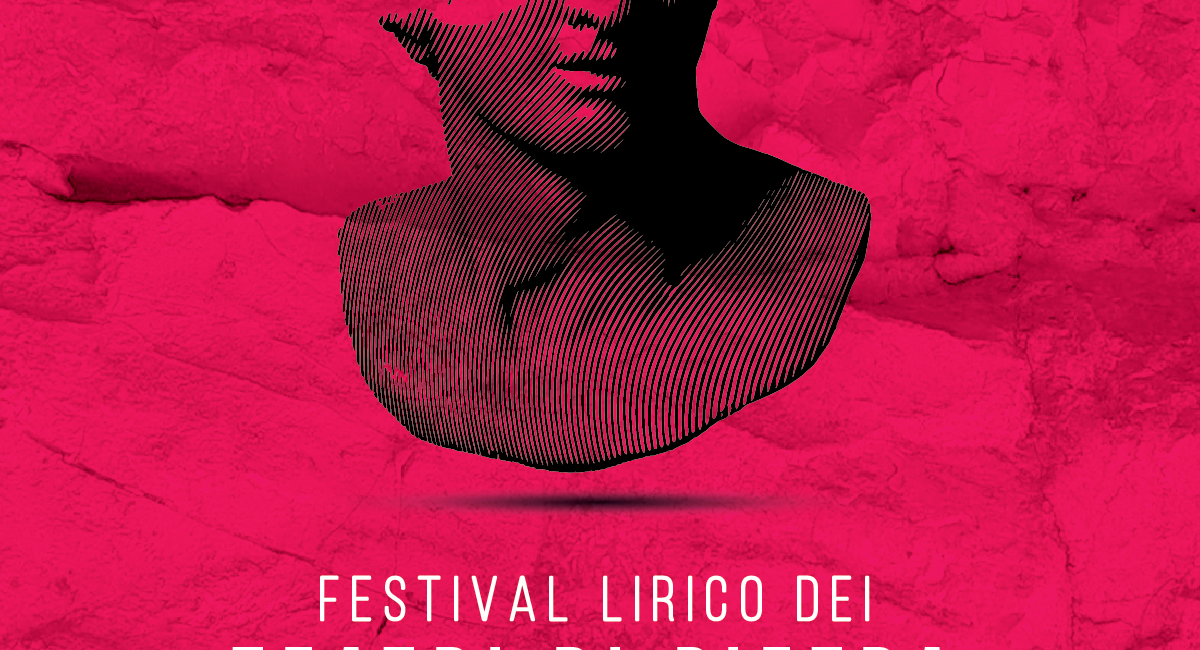 The LYRICAL FESTIVAL OF THE STONE THEATERS is an event of international prestige that takes place in the months of July, August and September in the land of the gods, in the most beautiful ancient Sicilian theaters: Taormina, Syracuse, Tindari, Morgantina, Palazzolo Acreide, etc.

Land of myths and gods, where the first human traces date back to 12,000 BC. C. Land of Thapsos, Castelluccio and Stentinello, of Sicani, Siculi and Elimi, Phoenicians, Greeks and Romans, of Vandals, Ostrogoths and Byzantines, Arabs and Normans, Angevins and Aragonese. In this incomparable context, where there are about twenty splendid theaters of antiquity, the Lyric Festival of the Stone Theaters was born, which aims to unite under a single banner some of the largest, most important, and best preserved ancient theaters in Sicily.

After the success of the public and critics of the 2019 and 2020 editions of the Opera Festival of the Stone Theaters, the Sicilian Lyric Choir wanted to continue the artistic cultural event by expanding the network of interested theaters and above all by focusing on the great quality of the artists and programming.

Hard times are those we are experiencing, in which even the normal activities of every day become an achievement to be savored with great conviction and in which to thank every moment also for the things that until recently we considered absolutely obvious.

Difficult moments for many, but not for everyone; not for those who decide to roll up their sleeves and fight, for those who do not want to surrender to incipient disillusionment and galloping fear, to the uncertainty that, through the masks, stands out even more in the eyes of the person who passes by.

Among these, certainly the Sicilian Lyric Choir, a concert and lyric organization now internationally recognized as one of the best, with over 10 years of splendid career in which it has collaborated with some of the most important conductors, directors, choreographers, artists , orchestral ensembles, theaters, concert halls with ever increasing success of the specialized and most demanding public and critics.

Two young and promising artists are at the helm of this institution, which has practically burned all the stages in the course of an ever-growing career that has seen the Sicilian artistic complex triumph in every place where it has performed.

We are talking about Alberto Munafò Siragusa, baritenor and President of the team and Francesco Costa, already awarded as the best Choir Master of his generation during the International Opera Awards - the Oscars of Opera by the Verona Foundation for the Arena supported and guided by the wisdom and competence of Giovanna Collica, a well-known orthophonist and soprano who in the 70s and 80s trod prestigious stages all over the world.

Since last year, the Sicilian Lyric Choir has been the promoter and producer of the Opera Festival of the Stone Theaters ("Festival Lirico dei Teatri di Pietra"), which in just two years of activity has already made a name for itself, with numerous productions of high artistic and organizational level, collaborations with important artists and prestigious theaters, getting continual triumphs everywhere.

It is also regularly hired abroad, specifically in Europe and Asia, where for many years it has been ambassador of Vincenzo Bellini and of the Italian belcanto to the major theaters.

It exported Franco Zeffirelli's Aida and La Traviata productions to China for the first time and performed live on live on Chinese television in front of over 1.5 billion viewers.

It has collaborated with some prestigious Italian and foreign orchestras and it has performed live on RAI, SKY, BBC channels and in cinemas all over the world.

This year, challenging the restrictions of stringent health regulations - and indeed convinced that culture and beauty are a powerful weapon against all negativity and ugliness - the Sicilian Lyric Choir produced the second edition of the Opera Festival of the Stone Theaters, which was carried out under the High Patronage of the European Parliament, the Pontificium Consilium de Cultura of the Vatican City, the highest Italian institutions and the Sicilian Region.

The festival took place in the main archaeological parks of Sicily - Taormina, Syracuse, Tindari - enriching itself, in the 2020 edition, with other extraordinary spaces such as the Timoleontèe Walls of Gela, the Donnafugata Castle, the Stone Courtyard of the Palazzo di Città of Avola, the Archaeological Park of Caltanissetta, the Bellini Garden of Catania, the city of Vizzini and the Amphitheater of Zafferana Etnea, for a tour of some of the most evocative Sicilian locations.

The 2020 edition of the Opera Festival of the Stone Theaters was inaugurated with the Ninth Symphony in D minor op. 125 by Beethoven - on the occasion of the Beethoven celebrations for the 250th anniversary of his birth - in co-production with the Sicilian Symphony Orchestra Foundation; it oversaw the production of Mascagni's Cavalleria Rusticana (among the few complete representations in the world, with direction, sets and costumes), Orff's Carmina Burana, Ramirez's Misa Criolla, the Puccini-Verdi Opera Gala, the "Nessun Dorma" concert (three tenors in concert), a Lyric Gala entirely "Made in Sicily" with J. Nuccio, S. Alaimo, P. Ballo, E. Scala and two events of contamination between pop and opera with the extraordinary participation of Antonella Ruggiero and Mario Venuti, closing the first part in Vizzini on the occasion of the fiftieth anniversary of "Le Verghiane", events dedicated to Giovanni Verga, source for the "verist" masterpiece.

The long musical festival, which inaugurated on 24 July and ended on 26 September, achieved great success with the public and critics, attracting the attention of the main national and international media and of the most important specialized magazines in the sector; it touched 10 archaeological sites in as many Sicilian provinces, managing to bring almost 10 thousand spectators into the theater in a complex moment for the live entertainment sector.

In a frame made of grace, harmony, balance, a tribute to a great Sicilian artist, the unforgettable tenor Marcello Giordani, who will be remembered one year after his death on Monday 5 October in his Augusta with the performance of the Stabat Mater by Emanuele Rincón d'Astorga (composer also of Augustan origins) together with a beautiful and rich lyrical and sacred repertoire, with a concert directed by Giovanni Ferrauto and which will be attended by numerous artists friends of Giordani.

Finally, the Sicilian Lyric Choir has managed to create a real work of cultural decentralization, bringing great opera, symphonic music and chamber music romances to most of the regional territory, creating - in fact - a circuit that has brought together not only the main locations, known by international tourism, but also the less valued sites, equally rich in history, art and culture, eager to be exalted and appreciated by the wider public.

A summer full of important events, cultural decentralization, the production of operas in complete form and in the utmost safety that allowed the carrying out of over 20 performances in an entire musical season, the birth of important collaborations that included interesting contaminations between the pop music and opera, the halls packed with an attentive and competent audience, the attention of national and international critics are all the factors of an extraordinary season that places the Sicilian Lyric Choir at the top of the ranking of organizing bodies and music companies at an international level, the pride of Sicily in the world.

Opera Festival of the Stone Theaters: you can travel the world or come and visit it, in Sicily!