The birth of the baroque is of course intimately linked to that of opera. But the birth of opera was only made possible by the invention of a new music, essentially monodic, through which the singer can express as directly as possible the various effects that invade the soul of the character he embodies: joy, sadness, melancholy, bitterness, tenderness... All this "through his voice", since it is the medium at the centre of this upheaval.

So here is an edition entirely dedicated to the Voice. Obviously, we go back a bit: how did the voice, or rather the voices, express themselves before this revolution? They did it through polyphony, with several people.

They did it in a "traditional" way, as in Monteverdi's Missa in Illo Tempore, a monumental homage to the masters of the Renaissance, yet not devoid of modernism, which Musicatreize will set against creation by Dominique Lièvre inspired by Soulages.

They sometimes did it in a stranger, extravagant way, as we will hear with the exacerbated chromatisms that the Capella Cromatica wonderfully renders.

They could also associate themselves with their instrumentalist colleagues, whose ideal then became to imitate as closely as possible the expressiveness and suppleness of the song: this was the challenge of the madrigal project of Maddalena Casulana, an extraordinary composer with a complex destiny, the first woman to have published music in the middle of the 16th century. A few hours earlier, you will hear the song of another exceptional woman: the Venetian Barbara Strozzi.

Finally, the "revolution" arrives: a voice can express itself freely, accompanied only by one or two instruments. The power of its poetic message can finally unfold and be properly embodied. But how to master this new art? For one must not lose the techniques of ornamentation that were the glory of the singers of the previous century. It is even necessary to invent others. And to interpret them in the most accurate way, one must place one's voice well. What the Italians call "Dispositione di Voce", "disposition of voice". Tiago Freire, master of ornamentation, and the students of the Conservatoire National Supérieur de Musique de Lyon will introduce you to all the secrets of this mysterious art.

It is this subtle art of ornamentation that makes all the nobility of the "Chant Noble", Canto Nobile that Concerto Soave has chosen to restore in its latest recording, and that festival-goers can discover in concert.

The new song gave voice to all sorts of characters. In particular the magicians. It is to them that a vocal magician of today, Lucile Richardot, has chosen to dedicate a whole bewitching program.

This new song quickly invaded the sacred space. In the North, it is Buxtehude who consecrates it. The great organist Bernard Foccroule and his musician friends will help us discover it, after the Correspondance ensemble, directed by Sébastien Daucé, has interpreted in Saint-Victor a universal masterpiece of the master of Lübeck, the Membra Jesu Nostri.

We mentioned the opera, so we needed one. After one of the very first, the Dafne of Gagliano, in 2022, here is another Dafne, a century later, well established in the Baroque world. Courted by two lovers, a shepherd and a god, very much linked to her dear father, the river god, her story is told by Caldara and his librettist with liveliness, a vivacity mixed with tenderness and melancholy that directly announces Mozart.

Conferences, concerts, master classes: the festival will once again be very rich. Before concluding in a grandiose way in the abbey of Saint-Victor, with the Journey to Rome and the quadruple choirs exalted by the Pages and the Singers of the Centre de Musique Baroque de Versailles. The voice resounding infinitely in the celestial space... 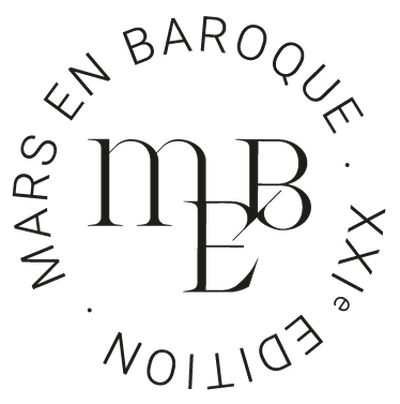