Organized by the State Theatre of Constanţa, “Myths of the Polis” International Theater Festival is a cultural event that had its first edition in the summer of 2016, but it is also a continuation of the “Antique Theater Evenings” held in the ‘70s, in Constanta County. It is the only festival in Romania dedicated to ancient theatre and mythological themes over time.

The large number of spectators that honored the festival performances during all editions is indisputable proof of the fact that such an event was expected and desired for many years in the old town of Tomis. Thus, the State Theatre of Constanta resumed a tradition cherished by the locals, a tradition which is part of the cultural heritage of these places.

Performances are held in the Ovidiu Square, which is centered round a statue of the great poet, signed by Ettore Ferari, at the Roman Mosaic Edifice and Roman Thermae, in the History Museum in front of the Cazino building on seashore, and also in the theatre. Participants can always consider other venues, such as the ruins of the ancient citadels of Dobrogea, beaches or other unconventional sites.

Through the performances but also through the symposia or colloquia, the State Theater of Constanta aims to bring forth, into the present days and present concerns of the people, the mythical substrate of human existence. Theatre enhances the sense of history, that many of our contemporaries lack, the sense of continuity, and the strange way in which we can find the answers to our dilemmas if we take the time and value the opportunity to look into the archetypal characters and stories that are laid before our eyes through theater. 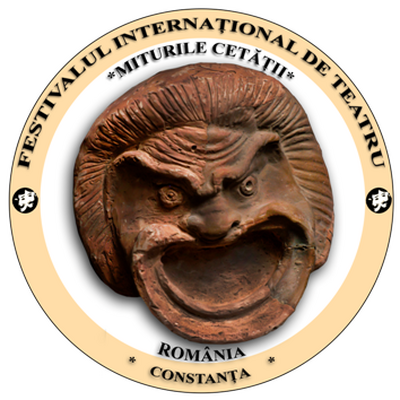