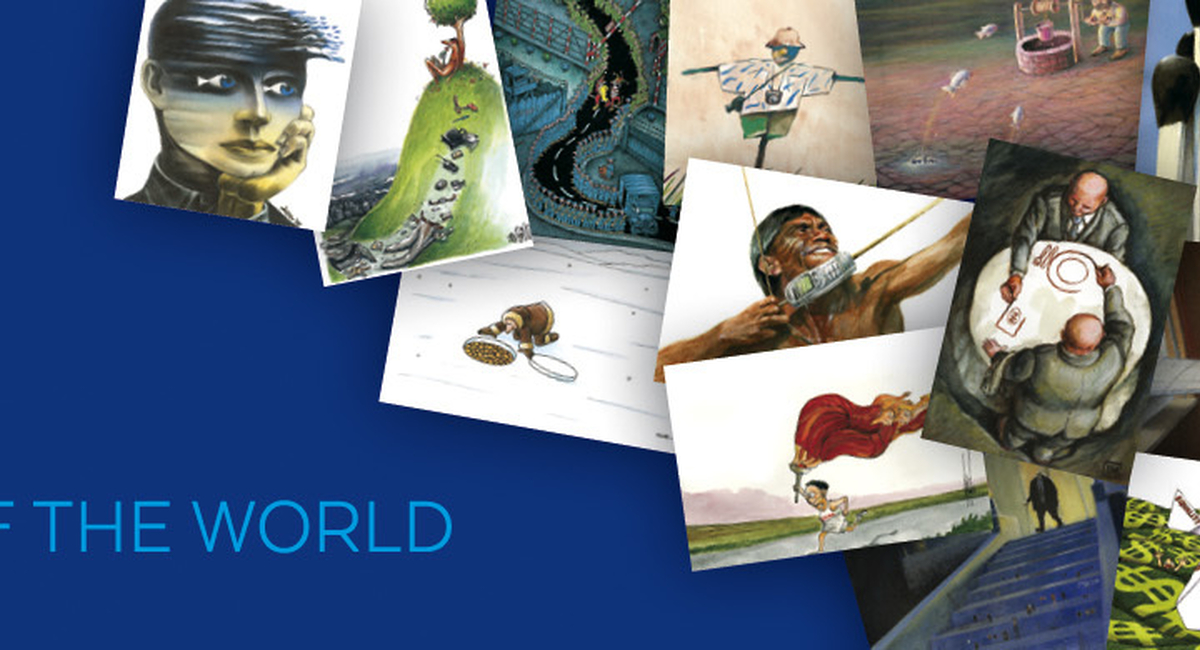 The PortoCartoon is considered by FECO (Federation of Cartoonists Organizations) as one of the three most important festivals of humour in the entire world when considering cartoonist participation and monetary prizes. This mark of honour puts Portugal in the top of the international cartoon contests.

Georges Wolinski (murdered at the Charlie Hedbo massacre on the 7th January 2015) had been president to the PortoCartoon international Jury for several years.

The PortoCartoon trophy was designed by a figure as relevant in the arts as Álvaro Siza Vieira, and is the only festival with a “cultural route” with humor sculptures created by different artists, since Porto had been declared the “Capital of Cartoon”, international designation proclaimed in ten languages, before a sculpture of Siza Vieira in 2008.