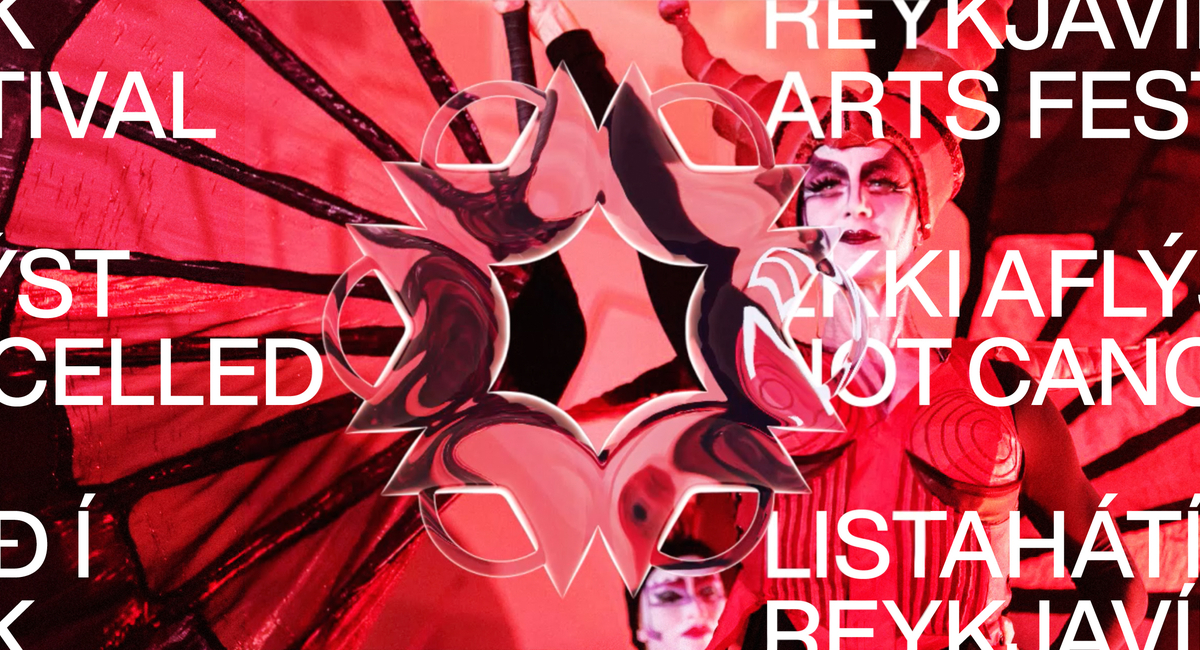 Reykjavík Arts Festival is a biennial multidisciplinary festival with a special focus on new commissions and the creative intersection of the arts. It presents, to the widest possible audience, exhibitions and performances of contemporary and classical works in major cultural venues and unconventional spaces throughout the city.

Since its inception in 1970, Reykjavík Arts Festival has invited hundreds of artists from all parts of the globe to perform or exhibit at the festival. Through this activity, the festival has helped to create a vast network of connections between national and international artists, been a catalyst for the creation of new works and a major force in the development of cultural diversity in Iceland.

Reykjavik Arts Festival made an agreement with all of its artists, partner institutions and venues to launch the full programme of the festival, in spite of the situation, on Friday 3rd of April, 2020 just as planned. The programme was accessible from the festival’s website in full, including descriptions of the events and exhibitions, full credit lists and venues. The only thing left out in the programme were the dates of the events.

Reykjavik Arts Festival delivered its programme over the course of just over a year.

The plan was to deliver the events when it was judged safe by the authorities and when the artists and audiences were ready to attend events and one by one approximately 60% of the festival's events got a date and a time and were presented. Only a few events have been now canceled and the rest of the events have been postponed until 2022.