“All are one”. The Greek philosopher Heraclitus thus described the essence of the unity of opposites. The Samos Young Artists Festival, which has taken place annually in August on the island of Samos in the Eastern Aegean since 2010, aims to revive this spirit from Greek antiquity in uniting people from the most diverse contexts through the multilayered forms of musical expression. Samos is exemplary as a place of polarity and opposites. As a political junction between Orient and Occident on the one hand, and a touristic stronghold on the other, the island is constantly subjected to intense pressure and serves as a boiling point for our humanistic value system. With this in mind, the Schwarz Foundation has invited talented musicians from diverse countries and often different cultures and religious backgrounds to the Samos Young Artists Festival to perform together in the ancient amphitheater of Pythagorion on Samos.

Masha Ilyashov, artistic director of the Samos Young Artists Festival since 2018, simply dubs the Festival “a Greek Summer Night’s Dream”.Not without reason: The musician, born and raised in Minsk, Belarus, relates how, with a childhood behind the Iron Curtain and as a devotee of Greek mythology, she could never have imagined visiting the country of her dreams. Alexis Karaiskakis-Nastos, co-curator of the Festival since 2018, coins the phrase Music creates solidarity to emphasize both the impressive accomplishments of the over 150 artists who have performed at the Samos Young Artists Festival over the course of the past decade, as well as his vision of developing avant-garde projects of the highest musical excellence. 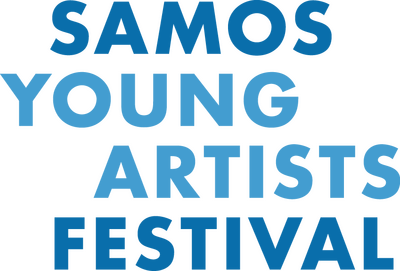