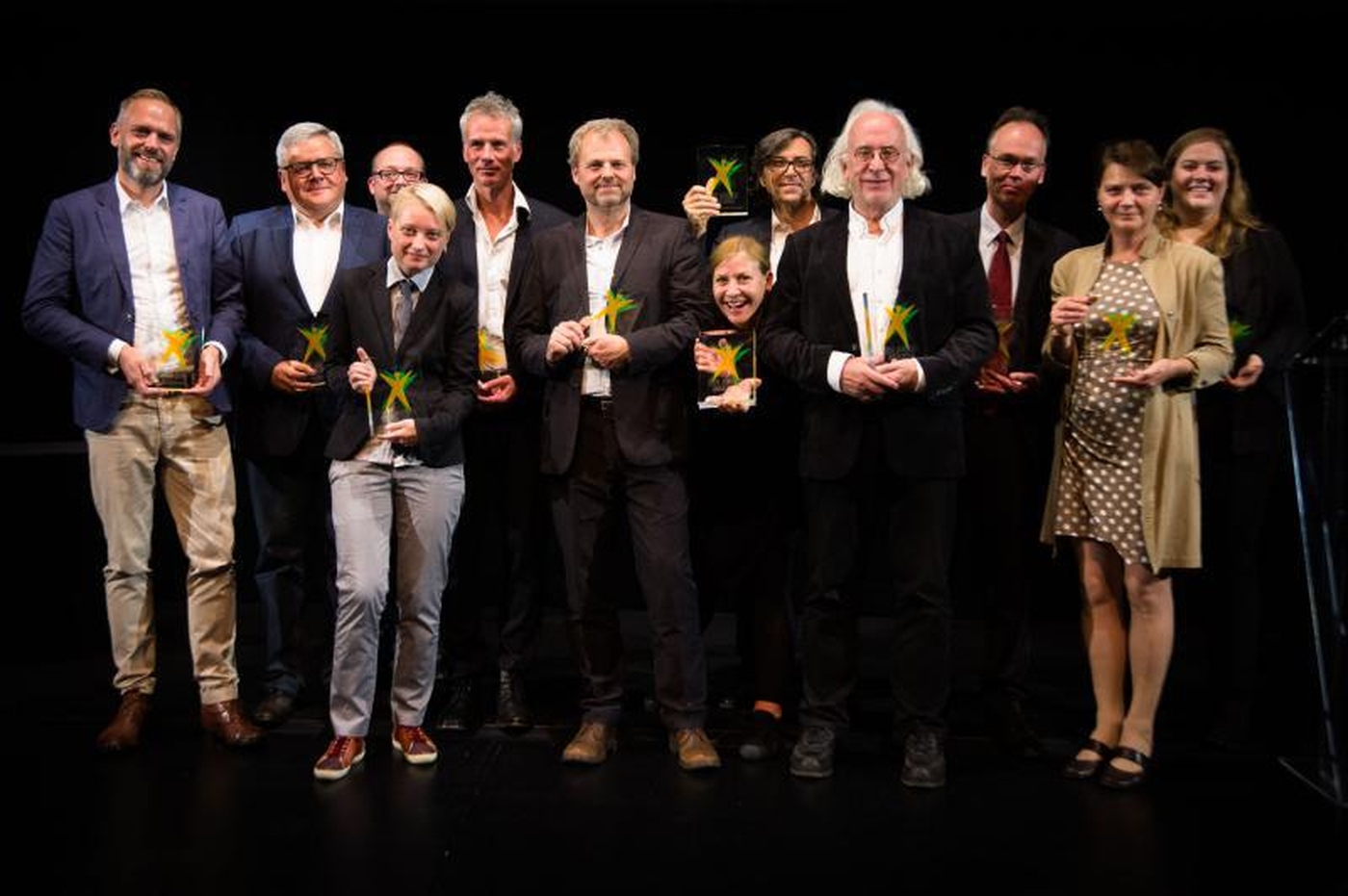 250 festival representatives from across Europe gathered in Paris on Sunday 27 September for the announcement of the first ever EFFE Awards. An International Jury, presided over by Vincent Baudriller, Director of Théâtre Vidy in Lausanne, rewarded 12 of the most trend-setting European festivals of this year from a pool of 760 festivals from 31 countries.

And The Winners Are…

Ars Electronica (Linz, Austria)
For more than 30 years, the world-renowned media art festival Ars Electronica has provided an annual setting for artistic and scientific encounters with social and cultural phenomena that are the upshot of technological change. The field of arts and science is one of the most innovative and contemporary, and this is the pre-eminent festival for international professionals in this field.

Prague Quadrennial of Performance Design and Space (Prague, Czech Republic)
The Prague Quadrennial of Performance Design and Space is the largest scenography event in the world that explores a wide range of scenographic practices – from stage, costume, lighting and sound design and new scenographic practices such as site-specific, applied scenography, urban performance and costume as performance. Its programmes for students and young professionals are an extremely important aspect of its programme, making it a vital gathering for young artists and designers.

SICK! (Brighton/Manchester, United Kingdom)
SICK! Festival is the first in the UK to confront the physical, mental and social challenges of life and death. It bears witness to the realities of our lives, shining a light on urgent issues that often remain misunderstood or taboo, through an outstanding programme of performance, theatre, dance, literature, film, visual art and public debates, and a year- round conversation between the arts, science, healthcare, charities and individuals. It presents challenging European work which would not otherwise be seen in the UK.

Santarcangelo Festival Internazionale del teatro in Piazza (Santarcangelo di Romagna, Italy)
Santarcangelo dei Teatri is one of the main international performing arts festivals in Italy. Every year in July Santarcangelo becomes a city-theatre, transforming its architectures into venues for performances, installations, workshops, lectures and debates, and welcoming many international and national artists and audiences in a country where the presentation of experimental contemporary performance is difficult.

Midnight Sun Film Festival (Sodankylä, Finland)
The Midnight Sun Film Festival boasts one of the most unusual atmospheres of any festival in the world: top directors, up-and-coming talent, an international audience and the common person on the street come together under the midnight sun. Created by leading artists in the field (acclaimed filmmakers the Kaurismäki brothers), this is a distinctive and surprising film festival.

NEXT (Lille, France/Kortrijk, Belgium (Flanders)/Tournai, Belgium (Wallonia))
NEXT is the international performing arts festival for the cross-border Eurometropolis Lille- Kortrijk-Tournai, created and organized by five French and Belgian culture and arts houses. The programme focuses on referential work and new tendencies in contemporary theatre, dance and performance. This cross-border, cross-language approach is unique and very innovative, and the jury noted that other festivals could learn a great deal about collaboration from this model, especially across borders.

Manifesta (Amsterdam, Netherlands; location of festival changes with each edition)
Manifesta has been named the fourth most influential biennial in the world. It is the roving European Biennial of Contemporary Art, which investigates and reflects on emerging developments in contemporary art by establishing a close dialogue between its respective cultural and artistic setting and the broader, international fields of art, theory and politics. The 2014 edition in St Petersburg faced controversy because of Russia’s repression of the LGBT community, but presented a strong artistic programme, presenting innovative contemporary art.

Noorderzon Performing Arts Festival (Groningen, Netherlands)
Noorderzon Performing Arts Festival Groningen is the somewhat curious combination of a cutting-edge international art festival and a large-scale summer fest for 135,000 visitors. A festival which presents a good mix of contemporary experimental art and more inclusive approachable art in the setting of a city park, which makes it extremely accessible for the public, where it feels like anyone can just walk in off the street and enjoy a performance.

BIG BANG (Antwerp, Belgium; festival takes place in 11 cities across Europe)
BIG BANG is an adventurous music festival for young audiences (4–12 years) initiated by Zonzo Compagnie, for whom nine major cultural centres in Europe transform their venues into a musical labyrinth. The jury was delighted to include a festival which focused on young audiences in the list of festivals to receive the EFFE Award, and to bring attention to this festival which may be under-recognized due to its decentralized nature.

Perforations Festival (Zagreb/Rijeka/Dubrovnik, Croatia)
The Perforations Festival takes place annually in three Croatian cities – Zagreb, Rijeka and Dubrovnik – and presents a range of Balkan artists working in performance art, theatre and dance, whose diverse approaches to art-making blurs the borders between these genres. Its focus on queer artists and issues is politically and socially significant in a country that does not promote equal rights for its LGBT citizens.

Malta Festival Poznań (Poznań, Poland)
Malta Festival Poznań presents some of the most interesting contemporary culture phenomena from all over the world and co-produces theatre shows. It initiates performing arts, musical and community art projects. The jury considered this to be the most innovative festival in Poland: having begun as a theatre festival, five years ago it began inviting leading artists to curate specific programmes around a particular theme or idea.

The EFFE Awards 2015-2016 are suppored by the Google Cultural Institute.