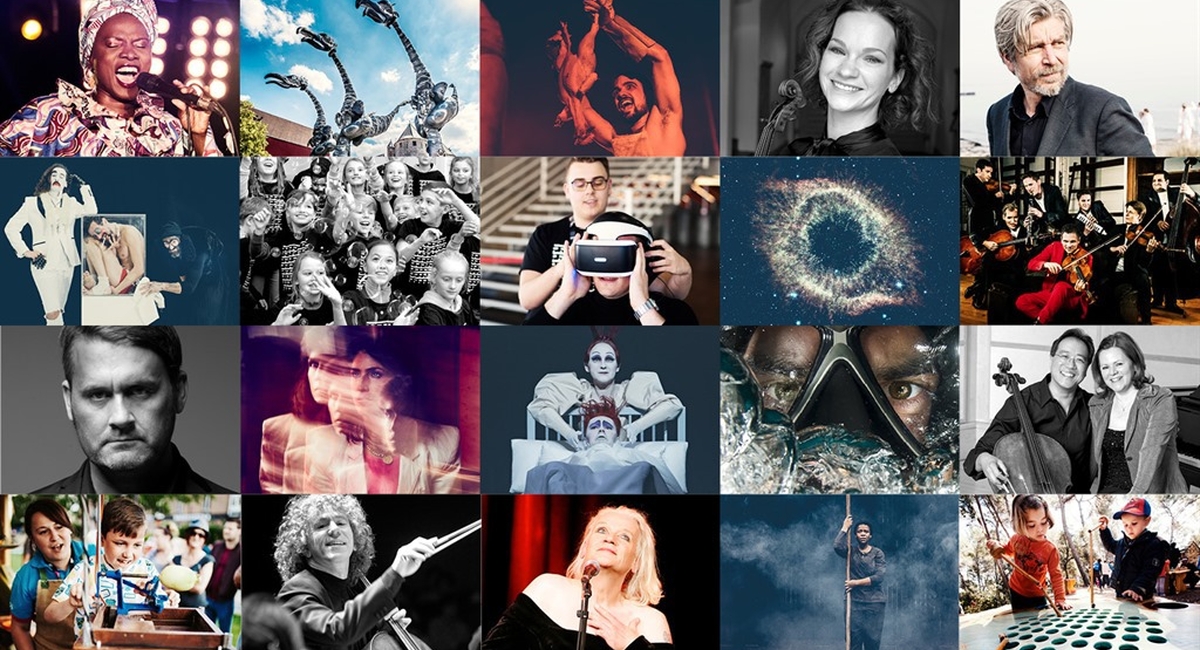 The Bergen International Festival in Bergen, Norway, presents art in all its guises: Music, theatre, dance, opera and visual art. It is the largest of its kind in the Nordic countries.

For almost seven decades, the Festival has celebrated and rattled the city for a fortnight of hundreds of events, where the best artists from Norway and abroad perform. The 2021 festival will take place from 26 May to 09 June, and will offer the opportunity to stream events from home, as well as traditional tickets to the venues.

Bergen is situated in the most dynamic region of the Norway, with incredible nature as a dramatic and beautiful backdrop for all activities. The city nestled amid seven mountains is home to a progressive music scene, several theatres and a professional dance ensemble. This is the home town of dramatist Jon Fosse; Henrik Ibsen was once the manager of the city theatre, and one of the oldest symphony orchestras in the world, the Bergen Philharmonic Orchestra, is located here. The homes of Edvard Grieg, Ole Bull and Harald Sæverud are unforgettable settings for concerts during the festival, when art of the highest calibre is to be found throughout the city.

The originally planned programme for the 2020 Bergen International Festival had to be cancelled when the Norwegian government extended the ban on cultural events until mid-June in order to stop the further spread of the corona virus. Instead, a re-imagined festival programme was announced, with about 60 different events. A number of new concerts and performances became availible online, and recordings from the two last festivals were also being made available.

‘What we are presenting with barely concealed pride is a festival with an extent and an artistic diversity which means that our large national and international public, from the ‘front row’ in their homes, can experience the cornucopia of options that has always been a hallmark of the Bergen Festival, said the festival director, Anders Beyer.

Due to the uncertainty of the covid-19 situation, the 2021 Bergen International Festival will launch artists and performances as they are confirmed.

Updated program and ticket information can be found on the website.