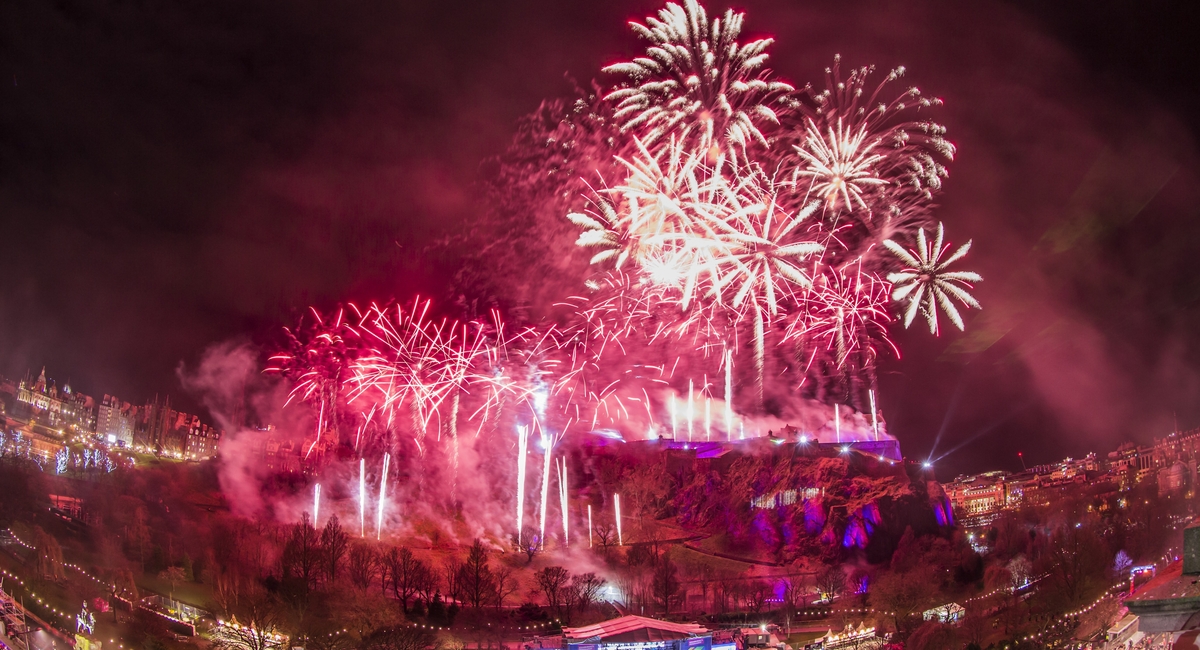 Hogmanay is the Scottish word for the last day of the year or New Year’s Eve and is generally regarded as the most important Scottish holiday. Edinburgh’s Hogmanay Festival dates back to 1993 and has evolved to become one of the greatest outdoor celebrations of New Year’s Eve in the world.

Highlighted as one of the ‘Top 100 things to do before you die’ and recently the only festival to appear in the ‘Discovery Channel – Top 25 World Travel Experiences’, Edinburgh's Hogmanay Street Party is one of the world’s greatest New Year celebrations. As the bells strike midnight, join hands with friends from across the globe in the world’s biggest rendition of Auld Lang Syne!

Hogmanay is technically just one day but the Hogmanay celebration in Edinburgh (as well as in other places in Scotland) last for about 3 days. In any normal year the big events include entertainment on December 30th, a massive outdoor street party, concerts, and fireworks on December 31st, and then the Loony Dook (a morning dunk in a river) and smaller public entertainment options on January 1st. Some events may also take place on January 2nd, which is a public holiday in Scotland (but not the rest of the UK).