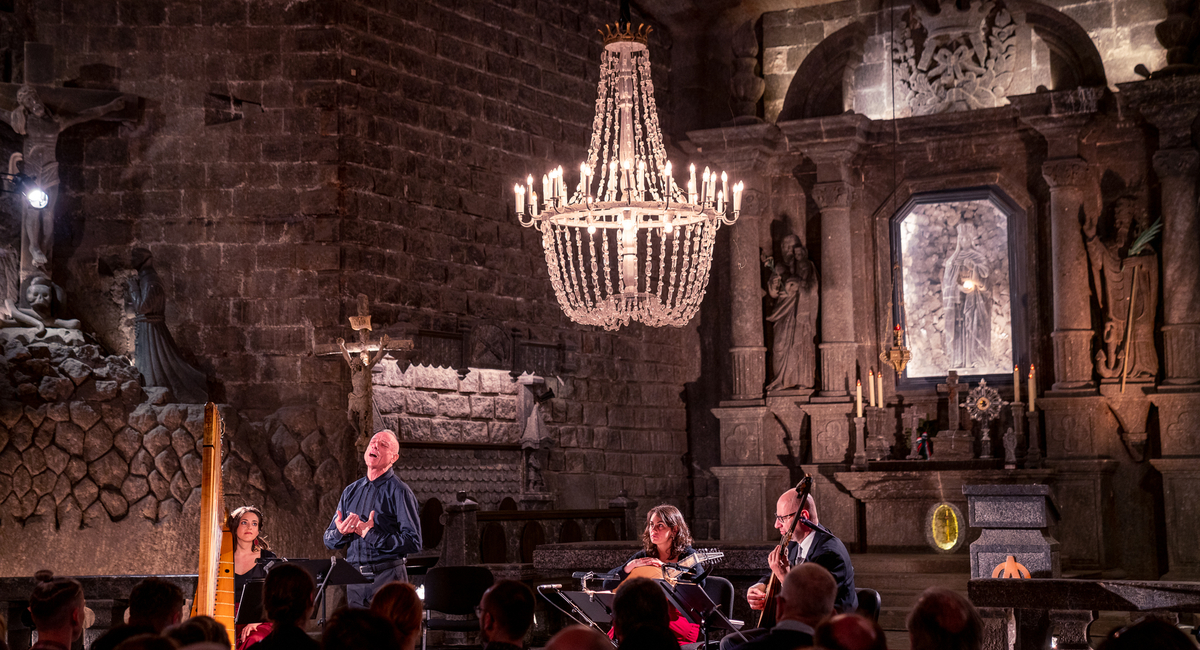 One of the most important early music festivals in Europe, Misteria Paschalia, has been organised by the Kraków Festival Office during Easter Week since 2004. The event, whose idea came from Filip Berkowicz, presents the most fascinating works composed from the Middle Ages to the 18th century performed by recognised interpreters of the historically informed performance approach. The programme, drawing from the Christian sources of European spirituality, brings together the masterpieces of bygone masters and forgotten works that are important proof of the performing and composing traditions of their times. This has produced numerous musical discoveries and the first contemporary world premiere performances: the result of the toil and research of musicologists and reconstructors.

Each year beginning in 2017 the festival has been devoted to another realm of European culture, and the artistic management and programme have been entrusted to the artists in residence appointed for each year. Thus, Vincent Dumestre with ensemble Le Poème Harmonique was the artistic director of the French year, while John Butt and his Dunedin Consort had the English edition in his care in 2018, and the Italian was held under the watchful eye of Antonio Florio and Cappella Neapolitana in 2019. In 2020 the audience was supposed to be taken on a tour of the Protestant music of northern and central Europe by French conductor Raphaël Pichon and his ensemble Pygmalion when the edition had to be cancelled due to the beginning of the COVID-19 pandemic. Instead, the organisers took to well-established partnerships with Polish Radio 2 (Dwójka) and Mezzo to organise the first-ever Poland online festival consisting of archive recordings, taking the audience on a sentimental journey through the history of the festival instead. The edition of 2021 planned with Leonardo García Alarcón as the Iberian edition had to be reorganised as the hybrid and later the online edition. In 2022 the festival came back strong to the live audiences with the programme designed in cooperation with the first Polish and female artistic director in residence, Martyna Pastuszka, leader of the {oh!} Orkiestra Historyczna, who decided to focus on the more internal journey inside one’s self. The edition of 2023 will be the 20th anniversary of the festival and is planned as a celebration of the history of the festival and its meaning in establishing the polish early music scene.

The festival has been present on air nearly from its earliest days thanks to Polish Radio 2 (Dwójka). In turn, thanks to cooperation with the French TV channel Mezzo began in 2017, the festival concerts reach over 60 million viewers in 60 countries all over the world.