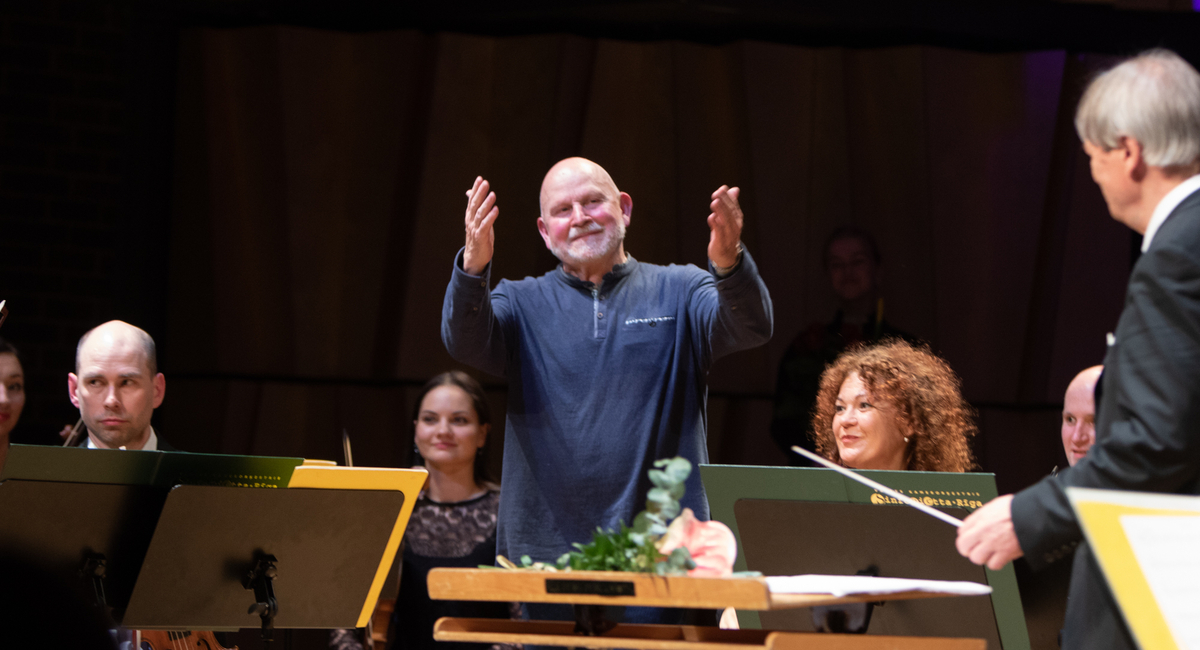 Pēteris Vasks is the most performed Latvian composer abroad. His music is played by the world’s leading musicians in the world’s major concert halls. Aware of the status of the composer’s oeuvre as a huge national treasure, Cēsis Concert Hall has launched a unique festival dedicated to the music and creative personality of Pēteris Vasks.

The April of Pēteris Vasks’ Music Festival takes place annually in April, in the composer’s birth month, and it is Maestro himself who curates its content ‒ both selecting the pieces for the concert programmes and inviting outstanding contemporary performing artists.

Alongside the music of Pēteris Vasks, the festival programme features scores by like-minded fellow composers, highlighting the musical palette of the Baltic and Nordic countries.

The program of the 3rd Edition:

‘Creating is an incredible journey that can open the door to a new universe,’ says the great Scottish artist Peter Howson. In his works he uses the classic techniques of Goya, da Vinci, Bruegel and El Greco, drawing inspiration from unrests, religious beliefs and mythology.

The film watches the making of a nuanced large-scale painting entitled Prophecy, its first exhibition and becoming the property of a private collection through the artist’s eyes, inviting us into the apocalyptic world of Howson’s dark sense of humour and painting. The clever methods of shooting and hypnotic work of the cameraman reveal the invisible, showing the process of images born in the artist’s mind transferred to the canvas.

A crucial role in the film is played by the music the painter listens to, shutting out the street noises ‒ richly dramatically nuanced musical pieces by the Latvian composer Pēteris Vasks.

Since its inception in 2020, the Navarra Quartet has won international acclaim as one of the most dynamic and poetic contemporary string quartets. Winner of a number of contests and grants, the ensemble has affirmed itself performing at major global venues like Wigmore Hall, the Amsterdam Concertgebouw, Philharmonie Luxembourg, Konzerthaus Berlin and the Sydney Opera House.

In the Easter Week, on Holy Saturday, the lucid and subtle, light and graceful soprano of Elīna Šimkus will meet Rihards Millers’ rich and gentle yet masculine and powerful baritone, joined by the great Latvija Choir to reveal the spiritual strength of Pēteris Vasks’ sacred songs, uplifting and full of hope and light. Alongside Vasks, the programme features Johannes Brahms’ German Requiem, which the composer is said to have wanted to call A Human Requiem, thus making it clear that he considered it a work that could bring together and unite people, giving them strength and inspiration. Many would say that the piece succeeds in achieving that: the sombre mood and sense of doom typical for a requiem is conquered by calm contemplation and serenity.

THE SKRIDE SISTERS AND SINFONIETTA RĪGA

‘Love existed, and it exists, and it will never end. I think solo violin and string orchestra are the best ensemble for singing a story of love. The one-movement composition opens with a soft string tremolo. Then the violin solo emerges ‒ questioning, searching until it blossoms into an expansive cantilena supported by a subdued string orchestra sound. I hope that Vox Amoris will strike a chord with the listeners and the world and inspire them to open up ‒ if only a little ‒ for love.’ (Pēteris Vasks)

The special guests of this festival concert are the talented Skride sisters, Baiba and Lauma. Having played together since childhood, Lauma and Baiba still find each other the most reliable partners in chamber music.

The organic musical style and passion of the Latvian violinist Baiba Skride has been appreciated by international audiences, prominent orchestras and renowned conductors alike. The style of the talented violinist is defined by her freshness of approach, the joy she finds in music and unaffected abandon. She regularly performs with orchestras in Berlin, Boston, Paris, Bavaria, London, Sweden, Sydney, the Netherlands and elsewhere. Baiba Skride has worked with some of the world’s greatest conductors, including Andris Nelsons, Christoph Eschenbach, Paavo and Neeme Järvi, Vasily Petrenko, Sakari Oramo, Jukka-Pekka Saraste, John Storgårds and other maestri.

The world first learned Baiba’s name in 2001, when the musician won the Grand Prix at the Queen Elisabeth Contest, the most difficult and traditional competition for violin players. The same year saw her become soloist for the KD Schmid concert agency.

The pianist Lauma Skride has earned a brilliant reputation playing the music of German Romantic and Classical composers. The strict German critics have described her performance as highly expressive and sensitive, admiring her tonal quality, powerful energy and always perfect virtuosity. As a chamber musician and soloist, Lauma Skride has played in concerts all over the world; she was awarded for her performance at the Beethovenfest in Bonn with the annual prize of the Bonn Bürger für Beethoven association ‒ the memorial Beethoven Ring presented every year to a young musician.

The pianist has also successfully appeared at significant chamber music events like the Schleswig-Holstein and Rheingau music festivals and at the Gewandhaus Leipzig concert hall, performing the complete piano quartets by Johannes Brahms. 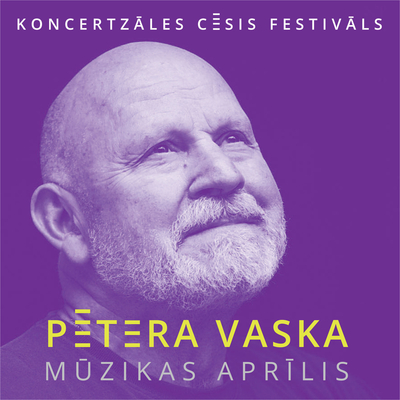