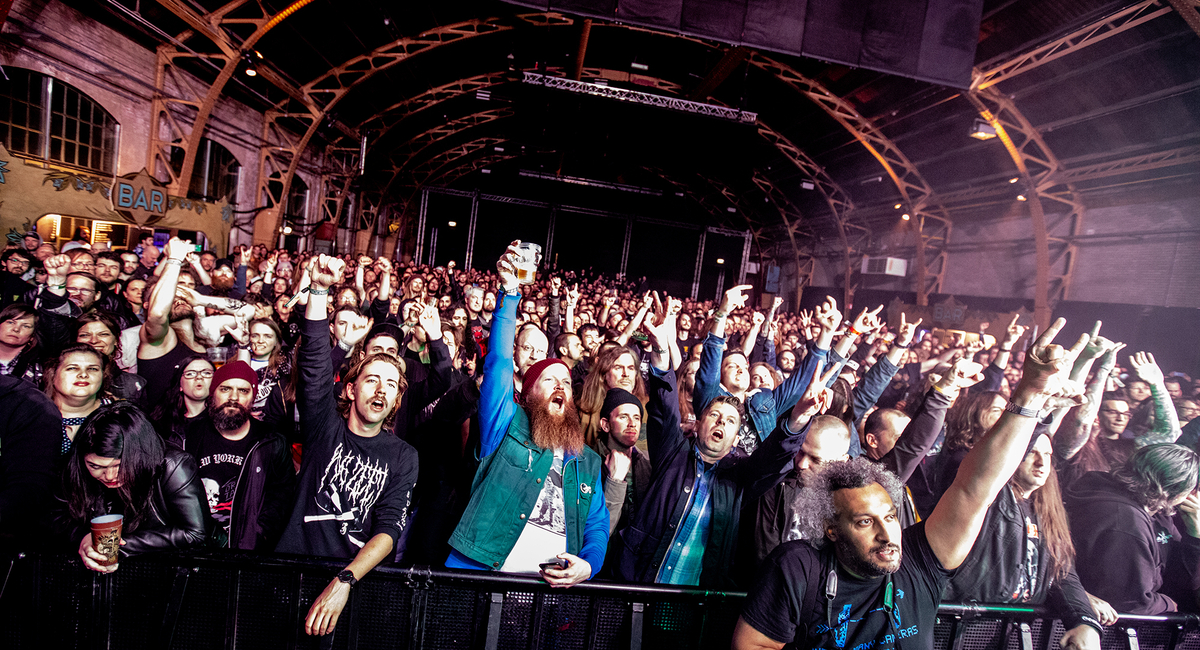 Roadburn Festival has become Europe’s leading underground festival for heavy music of all types. Unrestricted by genre, the Roadburn line up regularly champions scene-defining bands and pioneers alongside up and coming artists who blur the boundaries effortlessly. Despite it’s well regarded reputation and broad critical acclaim, Roadburn remains something of a boutique festival, and very much underground in ethos but with seriously big league production values.

Roadburn takes place each April in the Dutch city of Tilburg. The epicentre of the festival is the 013 venue, with other local venues and the Spoorzone making up the constellation that houses the festival acts. The festival is very much embraced by the local community; local business and enterprises engage with the spirit of Roadburn and the visitors to the city.

Roadburn has approximately 4,000 attendees each day of the festival (a little less on the Sunday), with roughly 75% of visitors traveling from outside of The Netherlands. In addition to the ticket buyers, Roadburn attracts a wide range of press and industry figures who have helped develop Roadburn as a hub for creative and business endeavours.

At the core of Roadburn is a desire to push the boundaries of art; to facilitate challenging performances, to encourage collaboration and to create true once-in-a-lifetime experiences for everybody at the festival – be they participating from the audience or on the stage.

Roadburn 2020 will run for four days from Thursday, April 16 to Sunday, April 19 at the 013 venue in Tilburg, The Netherlands.