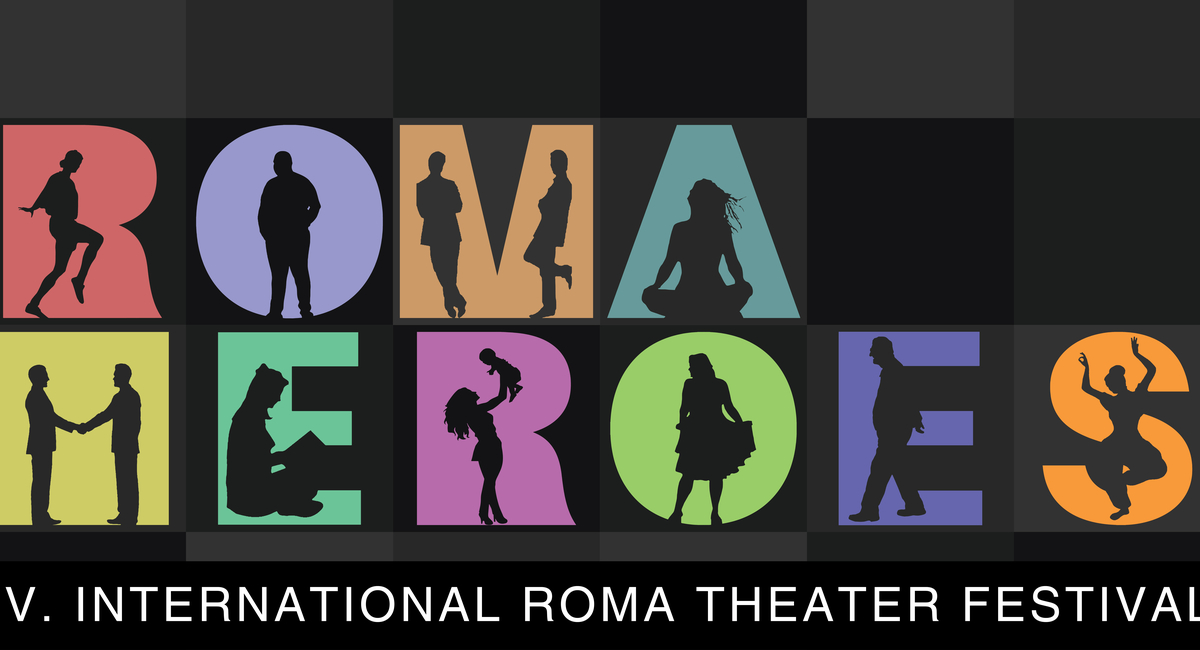 The only international Roma theatre festival of the world is going to be organized for the fourth time by the Independent Theatre Hungary between 21st October and 9th December 2020 – this time online. Each year the festival gives opportunity to Roma theatre troupes to introduce performances that have not been seen before in our country. Our goal is to present more and more stories of Roma heroes and the diversity of Roma culture and theatre. We need heroes more than ever in these difficult times.

We work hard to be able to organize the festival this year as well. Teams from Romania, Ukraine, Austria, Germany and Hungary will be introduced. You can join us from anywhere around the world, all the performances will be subtitled in Hungarian and English. Eight new productions will be presented at the festival, focusing on survival and prosperity.

Are you interested in how the Romanian florist girl became a billionaire? Or what the cyber-witches are able to? Do you want to know what challenges a Roma woman who raised her child alone, lives in a poor, isolated little village and deals with money lending has to face? Or what the life in an Austrian refugee camp is like? How could a Roma community survive in Ukraine during WWII? Why does a Roma artist feel like an animal living in a burrow? How can anyone become a successful theatre creator being a Roma? Or how does a Roma family cope with quarantine when the family members live in different countries of Europe? Follow the Roma Heroes Festival from your armchair every week! Let the inspiring Roma heroes into your home week by week.

The performances can be seen every Wednesday at 7 p.m. online on our YouTube channel, and they will be followed by a discussion.

Briefly about the performances:

Bambina, The Queen of Flowers

An exciting slice of history is unfolded through the stories of the Romanian florists. Beginning with the appearance of the first florists, we can see how the Roma people adapted to the changes of time until we get to the birth of the flower empire of Lina Georgescu, also known as Bambina. She was the most successful woman ever who reformed the flower trade, skilfully built an empire during communism and after regime changed, she coped with the challenges of the free market, too. Her main goal was to support the young women like her, that is why she was willing to work only with them. ARTHUB company created the reconstruction of Bambina’s life based on the interviews made with her son.

The performance will be in Romanian with Hungarian and English subtitles and is followed by an online public discussion.

Village Day – If it’s for Free, It Ain’t Worth Shit!

Lápos can be any village in Hungary today: with inhabitants who struggle for their daily living, better or worse but they are lovable residents. Misery-tourists visit the village day every year and the participants of the gastro-theatre performance meet real human tragedies in the pokey but inventive village. How much chance does a Gypsy woman have if she raises her child on her own without any opportunity to work? Where is hope when the biggest goodwill turns the most important people of our lives against us? What is needed when we take the road of unscrupulousness because we cannot get out of the woods? Where is the boundary between humanity and inhumanity? Similar questions arise when the tourists are walking on the lush side of Gellért Hill, Budapest during the performance by Independent Theatre Hungary and they can taste the special delicacies of the village during the premiere, too.

The performance will be in Hungarian with English subtitles and is followed by an online public discussion.

Written and directed by Rodrigó Balogh

The gipsy theatre company created the performance in memory of the Roma victim in WWII. Leader does not only tell about the Roma and is not exclusively for the Roma. The play depicts the inner life of people and reflects on the battle of good and bad powers. There are positive stories about feelings, right actions, self-sacrifice, since love and sympathy can serve as a refuge in the most difficult times, too.

The performance will be in Russian with Hungarian and English subtitles and is followed by an online public discussion.

Written and directed by Igor Krikunov

The concert-theatre performance of Zsolt Fekete-Lovas is unique, containing elements of stand-up and represents the crisis of identity. He gets into surprising situations as an ethnic Hungarian from Romania with hidden Gypsy origin. The performance is a dialogue between the creators and the audience about the destiny of the Gypsies, mainly about the discrimination in the Romanian health care system.

The performance will be in Hungarian with English subtitles. The play is followed by an online public discussion.

The members of a Roma family live in different points of Europe when the lockdown comes. They can only communicate on video chat, and have to face losses, challenges in their isolated lives and the hidden conflicts and secrets among each other are also revealed. It seems that only magic can help. All the four episodes of the online theatre series are streamed together this time. The story is based on real stories that the Roma people faced during the time of the lockdown in diverse countries of Europe and also the personal stories and improvisations of the artists who created this piece together from their home countries connected only by the internet and their common passion for theatre.

The performance will be in English with Hungarian subtitles and will be followed by an online public discussion.

Romacen – The Age of the Witch

The performance of the Giuvlipen troupe ‘Romacen- The Age of the Witch’ tells the story of six cyber-witches who created an isolated, futuristic society called Romacen. The society is feminist and utopian which functions according to its own norms and law system. The reason for creating this society was that the members are fed up with the oppression of white people. With the help of technology and techno magic power it becomes possible to travel in time, create humanoid robots and make a direct cyber-attack against the non-Roma. The main question of the play is whether the new world can really be solidary and faithful to the original idea?

The performance will be in Romanian with Hungarian and English subtitles.

The play is followed by an online public discussion.

The story is about a small predator living underground in a home made by himself. His goal is to protect himself from the world, it’s supposed and real dangers and as a solution he isolates himself from the world and the safety home becomes the prison of his own fears. The performance of the Rroma Act troupe from Berlin is a parody of receding nations and citizenship.

The play by Romano Svato theatre company is about three women from different cultures who are in pre-trial detention, waiting for the assess of the right of asylum in Austria. Their first experiences of „the land of freedom” question the morality of the „know-it-all West”. The Iranian, Syrian and the Roma woman from Kosovo experience the same inhuman treatment, the brutality of male captors and the immigration officer, as well as the interrogation lasting for long hours, meanwhile they escaped from their homelands in the hope of safety. What can we do for them?

The performance will be in German with Hungarian and English subtitles and will be followed by an online public discussion.

Join us this year, too, because „Theatre is for everyone!”