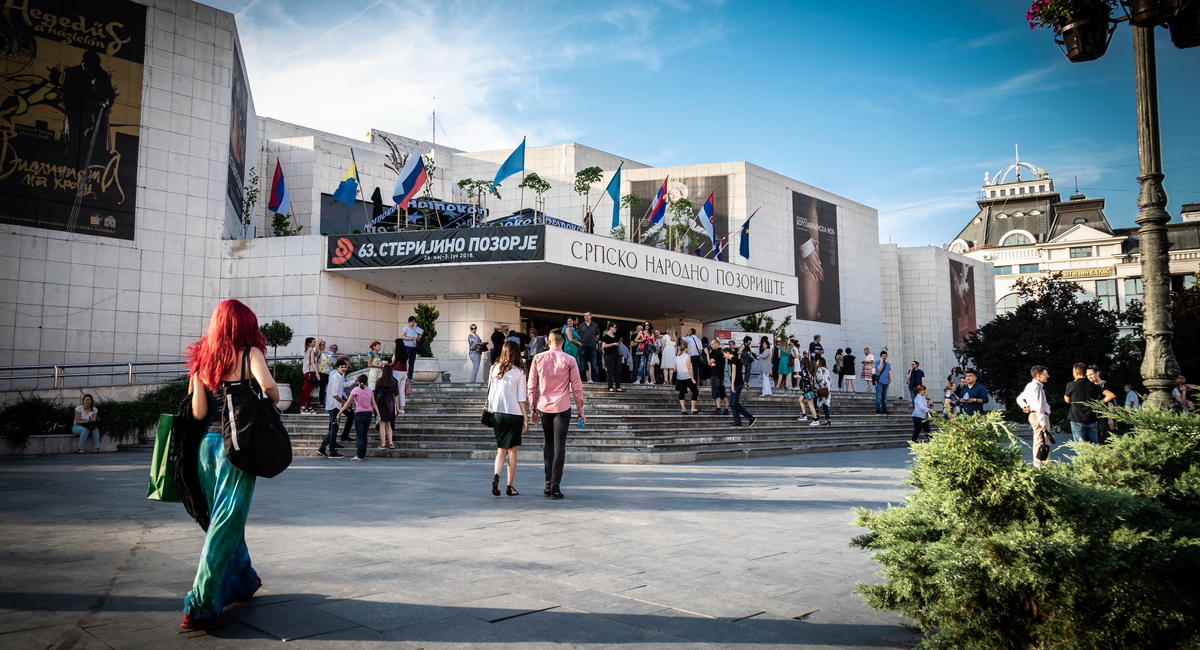 As a permanent competition festival of national drama and theatre, Sterijino pozorje was established in 1956, within the celebration of the 150th anniversary of birth and the 100th anniversary of death of the great Serbian comedist Jovan Sterija Popovic.Emerged as a need, as a possibility of solving a moment of crisis of the domestic literary-stage creativity, Pozorje has grown into a permanent, continuous impetus of the contemporary domestic dramatic creative productivity and the top-class quality of performance. Always striving to treat the phenomenon of theatre art integrally, Pozorje has shaped its programmes into a clear and rounded up unity of systematic professional areas in the field of theatre and dramaturgy. In its sixty years of existence, it has instituted and developed activities which bear great importance for the national theatre culture and has become a significant and reliable instrument for identification and verification of stage and dramatic values and, to a great extent, a backbone of scientific and theoretical reflection on theatre and drama.

It is held annually, at the end of May in Novi Sad, Serbia. The repertoire is based on the selection which is conducted by the selector. The Festival program envelops two selections: National Drama / Competition Selection and International Selection 'Circles'.