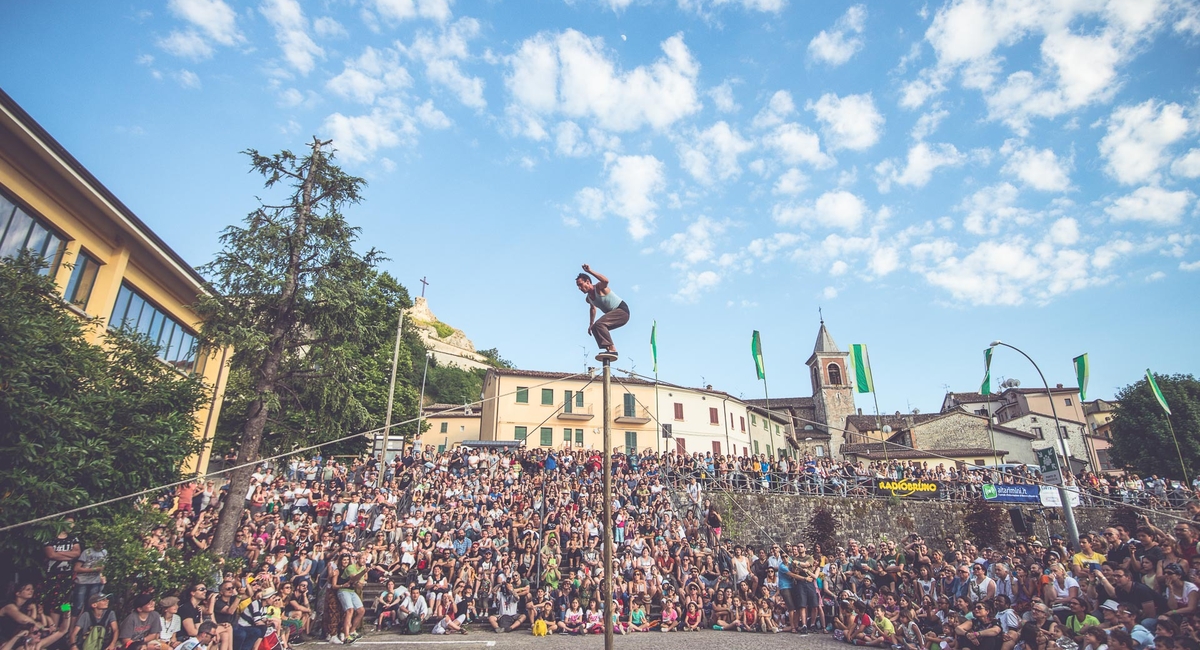 Since 1997, the cultural association Ultimo Punto has been organising the International Performing Arts Festival "Artisti In Piazza". Just from the beginning the festival has stood out as one of the most important street art festivals scheduled in Italy and with the time passing has evolved into a multidisciplinary festival (from 2015 becomes part of the festival circuit supported by MiBACT). The festival is born from the idea of enhancing all the expressions of art, from performative to visual ones, from theatre to music, from contemporary circus to dance, presenting them outdoors in the frame of the medieval village, in public places that become a stage for all kind of artists and performances. The festival promotes artists by giving them the opportunity to make known their art and the artistic culture of their own country, performing in front of an international audience and professional operators. In four days, the historic centre of Pennabilli welcomes about 55 international companies, over 200 artists, about 350 performances and 30,000 public attendance for each edition.

Due to Covid-19 pandemic, this year it won’t be possible to realise the usual edition, so we’ll organise a festival distributed during the three summer months, that will avoid the gathering of people and permit the management of the event in total safety. This edition of Artisti in Piazza will consists in a series of events of circus, music, dance, theater, workshops and creative residences, with a particular and innovative attention to the relationship between art, nature and landscape.