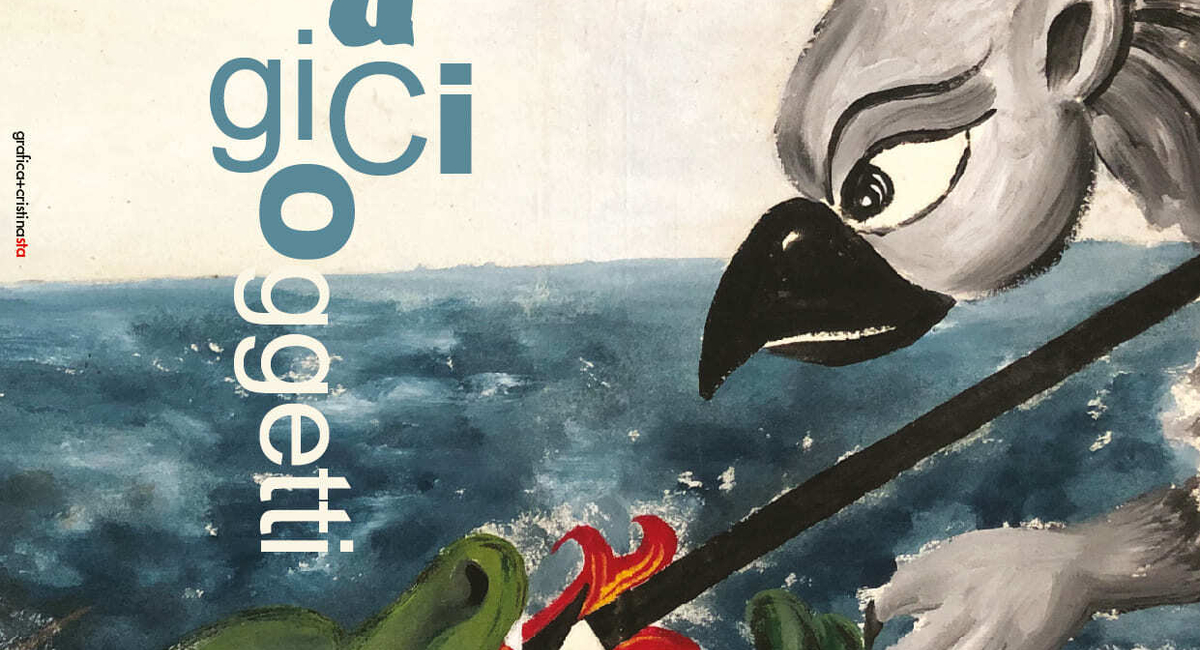 The Festival di Morgana is an international puppet festival organized since 1975 by the Association for the Conservation of Folk Traditions – “Antonio Pasqualino” International Puppet Museum of Palermo (Italy). It focuses on folk and contemporary culture with particular reference to puppetry and promotes the trans-national mobility of cultural operators and circulation of artistic and cultural works and products to support intercultural dialogue. The FdM is held in Palermo in November.

The "magical objects" - be they love potions, magical sources or precious ampoules - that inhabit many narratives become talismans that help in such a difficult period, and are the theme of the 2020 edition of the Morgana Festival.

After the anti-covid measures adopted by the Italian Government, the Festival di Morgana launches a message of hope and finds a new way to stay in contact with the audience accentuating its greatest vocation: that of sharing.

From 4 to 13 December 2020, shows staged all over Sicily will be broadcast on line in live streaming.

The Festival of Morgana, an international review of Opera dei pupi and traditional and contemporary theatrical practices, dates back to 1975 when it was named “Review of the Opera dei pupi”. It is the oldest event dedicated to the traditional Sicilian puppet theater. Always committed to promoting the Opera dei pupi in its entirety and variety, it welcomes the whole heritage community and is the first and most long lasting context of synergy between the various companies from all over Sicily.

After becoming the Festival di Morgana in 1985, it has been accentuating the desire to explore the theatrical and artistic creativity that the Opera dei Pupi still nourishes today in the field of visual arts, technology, and literature.

The 2020 edition of the Morgana Festival restores absolute centrality to the Sicilian Opera dei pupi and returns to the ancient “Review of Opera dei pupi”. It maintains its spirit and commitment, never abandoned indeed. But this time it portrays, the new talents and practitioners that populate the universe of the Opera dei Pupi in the 21st century within a program of shows that mirrors their vitality and ability to renew their traditional heritage.

In particular, the protagonists of this edition will be the 12 companies from all over Sicily adhering to the "Italian network of organizations for the safeguarding, promotion and valorisation of the Opera dei pupi", formally established 2018.

The intertwining between the Festival di Morgana 2020 and the Network is even more precious today, due to the contemporary challenges, the risks and threats that interfere on the delicate process of transmission of the oral and intangible heritage of the Opera dei Pupi. Such a heritage is still transmitted during the performance, that is the essential moment when puppeteers put into practice this complex of knowledge. Consequently, the performance is the moment when this heritage is learnt, through listening and watching.

The 45th Morgana Festival therefore is the culminating moment of the active commitment of the Network in the safeguarding of the Opera dei pupi, of which the Association for the Conservation of Popular Traditions - the event's organizer - is the referent subject.

In response to the challenges posed by the current pandemic context, the Festival also guarantees a wide participation in the shows that will be broadcast in live streaming through the institutional channels of the Antonio Pasqualino International Puppet Museum, organizer of the event, and of each company.

The regional, national and international relevance of the Festival also provides a prominent setting for the entire puppeteers' community by promoting the Opera dei Pupi at every level. In fact, the Morgana Festival is registered by the Sicilian Regional Government among the Events of great tourist attraction; it is part of the national "ItaliaFestival" network and of the international "Europe for Festivals-Festivals for Europe" network and has had the patronage of the Italian Commission for the UNESCO and the Italian Commission of the UNIMA.

The Festival di Morgana is directed by Rosario Perricone and organized by the Associazione per la conservazione delle tradizioni popolari of Palermo. It is on the the activities of the “Rete italiana di organismi per la tutela, promozione e valorizzazione dell'opera dei pupi”.

The XLV edition of the Festival is organized:

The Festival di Morgana is among the Events of great tourists attraction of the Sicilian region and is part o f the following networks, national and international: Rete internazionale EFFE Label - Europe for Festival. Festival for Europe; ItaliaFestival.

All events will be broadcast on line in live streaming on FB and on the official web sites: