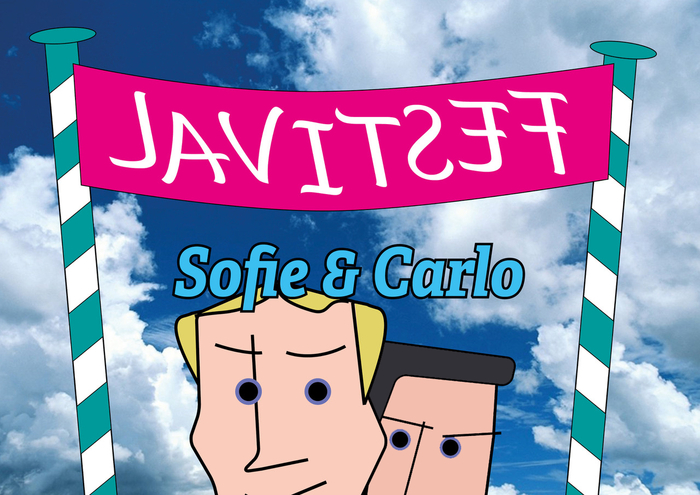 Quite why the authorities had decided that the most popular events should be held in the heat of the afternoon, Sofie failed to understand. Maybe it was to discourage parties late in the evening; maybe the idea was that everyone, including assembled viruses, would wilt in the heat and be easy to marshal. Maybe they would just stay at home.

They were unlikely to want to listen on radio, she thought. The Saturday Afternoon In The Park By The River special was likely to be one of the noisiest and least pleasant of the Artistic Director's inspirations – even worse than the grim opera he had commissioned, Waldo The Necromancer. AD had decided the perfect way to spend the afternoon was listening to Vivaldi's Four Seasons (PLUS OTHER GREATEST HITS!!).

Why not? That had been Sofie's question too until AD had explained over one of their early evening glasses of wine that to play the concertos he had booked the Carpathian Saxophone Orchestra and the country's most famous heavy metal group, Steel Strumpet.

As Carlo had pointed out without mercy, the idea was bad enough as a 'classics reach out' spectacle when AD had thought it would be on a rock stage with Steel Strumpet fans packed against the railings. With numbers halved and the audience (or 'music victims' as Carlo labelled them) being asked to keep their distance, the whole thing was likely to be, Carlo again suggested, “so far from a Venetian abandoned girls' home it might as well be on the moon”, and he wished it was.

In the event, Sofie admitted, the saxophones and electric guitars were played so skilfully that the result was not too bad – as long as you were on the far side of the river. She was, Carlo was not. He was in a tent backstage wearing ear plugs and drinking his own preparation of fizzy water and fresh lemon.

Winter finished and there was to be an interval before the musicians returned to offer their version of Sea Storm (a new work freely adapted from Vivaldi's La Tempesta di Mare). Carlo went about his duties, making sure everyone had cold towels and energy drinks from the fridges. Once the towels had been used, they were to be thrown into disinfected plastic bins which would be sealed by Carlo once the bands were back on stage.

He was just mopping down the outside of the fridge with bleach when he felt a hand on his back. “Carlo, darling,” a deep but unmistakeably female voice purred. He turned, almost straight into the arms of the lead Carpathian saxophonist.

“Not now, perhaps. But later I shall want some personal advice.”

“Oh, you know,” she fingered the collar of his shirt, “little things – like where we can go to discover how clever you are with ice – and the true meaning of L'Estro Armonico.”

Carlo gulped, studied her for a moment, and smiled. “I know just the place.”