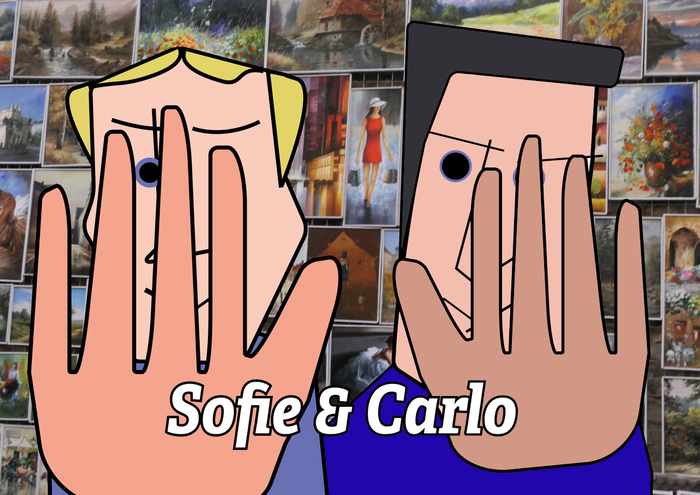 Jerzy Pizhonanhow strode to the piano a little late. This was to be expected. He was always a little late. It added to his legend, heightened the expectancy of the audience and meant that the announcers for the live TV and radio broadcasts came prepared with plenty of background material. Since they were paid by the minute, only when they were on air, he was doing them a big favour. They could feel their fees doubling and they smiled happily as the great man procrastinated in his dressing room.

Usually he procrastinated because of nerves. This would have astonished anyone who saw the confident and nonchalant way he ambled to the piano, smiled at the audience and played with such relaxed contemplation. If only they realised!

This time, however, he was late because of the opposite. He dawdled because he was talking to Carlo and thoroughly enjoying it. He was, after all, talking on his favourite subject: himself. Carlo, being something of a natural psychologist as well as an easy-going young man, allowed Jerzy to rattle on, interjecting the occasional 'bene', 'certo' and 'eccelente' in encouragement. He even once ventured a sympathetic 'ah perfido'!

The trouble was that both found time an elastic commodity. In the ballroom the Mayor was seated in the middle, her husband dutifully beside her plus two metres. The festival's sponsors and patrons were arranged behind, ranked according to the generosity of their patronage, with the most parsimonious at the back. Ironically, and a point missed by Oxana (General Manager), this gave them a massive publicity advantage. Every time the camera at the back of the room zoomed from a long to a close shot, it was the logos on the chairs at the back of the room that achieved first prominence.

For the moment, though, nobody was zooming anywhere. The audience shuffled and murmured. On screen the presenter smiled at the lens and went onto the third page of her explanation of Chopin's Ballade No. 1 in G minor. Luckily it is one of those pieces about which there is plenty to say.

Backstage there were whispered conversations outside Jerzy closed dressing room door: producer through an ear piece to production assistant, production assistant to Sofie. Laughter percolated through the door. Sofie shrugged, sighed and opened it after a peremptory knock.

“Ready?” she asked, glaring at Carlo.

The great Pizhonanhow froze mid sentence. “I am always ready,” he announced and swept passed her. It was Carlo's turn to shrug before following the pianist.

A relieved production assistant talked back to the producer waiting in the van outside in the courtyard of the castle. “Thirty seconds.” She smiled at the pianist, put out her hand ready to open the door that led into the back of the ballroom, and looked at her watch.

After counting down from ten she opened the door with a flourish and the clapping began. Nothing happened. Pizhonanhow stood like a statue, a look of utter panic on his face. The production assistant watched him without understanding. Sofie leaned against the wall. This was not her problem. Carlo glanced back at her, then studied the terrified eyes of the musician for a second as the clapping began to falter. Only one thing for it, he decided, and gave Jerzy an almighty shove in the back, shooting him through the doorway, then slammed the door shut and leaned hard against it.

Carlo looked back at Sofie, grinning. “Can't let him change his mind.”

A minute or so later, after a brief silence, the hesitant, meditative opening notes of the Ballade reached them through the woodwork. “I think we deserve a glass of Jerzy's dressing room supplies. I'll get another bottle before the interval.”