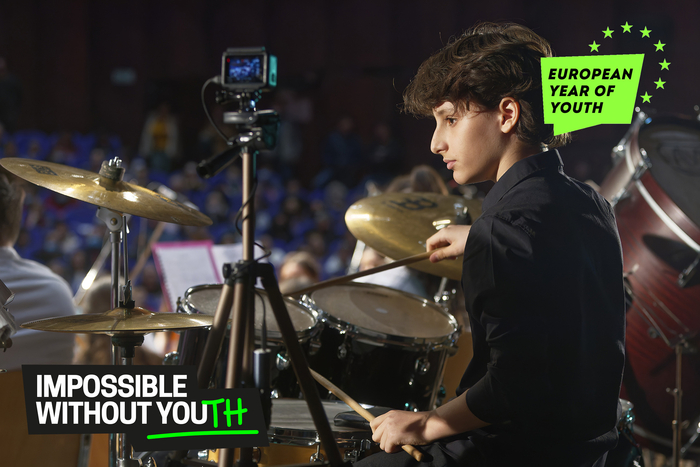 Varna Summer International Music Festival is almost 100 years “young” and the young participants and audience are not only part of the artistic platform, but also the emotional charge of the festival. Young people are the festival's absolute priority.

One of the most exiting stories in the festival is the series of educational concerts named “Varna Summer for Kids”. These concerts are of great importance for creating the future audience for classical music. Every concert has a theme, for example - Spring, French Fairy, Bulgarian National Heritage and many others - to attract the attention of the youngest audience and to inspire the participation of the youngest musicians. “Varna Summer for Kids” is organised in partnership with the National School of Arts in Varna and the moderator is the Director of the school, popular among the children as Mrs. Viola. With great enthusiasm and with the desire to share joy, the student artists prepare a special programme to perform in front of the youngest audience of the festival - children between 3 and 12 years old, accompanied by their parents. The main goal of this series of 3-4 concerts per year is to stimulate children's artistic performances and to present shows for children and parents. In the beginning this initiative attracted an audience of 200, but now 10 years later it is one of the most anticipated sections of the festival.

Besides this special initiative, the festival has developed the tradition of inviting and promoting young rising stars and giving emerging musicians a professional opportunity to perform in front of new audiences. The young Japanese violinist Rino Yoshimoto, only 19 years old, who won second prize at the prestigious Fritz Kreisler International Violin Competition 2022 in Vienna, was invited to be the soloist at the official closing concert of Varna Summer International Music Festival 2022 only 10 days after the award ceremony.

Also very attractive is the module "New Scenes - Masterclasses and concerts" organised in partnership with the Orpheus International Music Academy in Vienna. Participants from 10 countries are involved as tutors and students. Students have masterclasses every day and perform in concerts. The concerts take place on open-air stages in St. Konstantin and Helena Resort, near Varna, and in the Sea Garden of Varna. A major objective of the New Scenes module is to develop new audiences and to attract diversified groups of people to be tempted by the beauty of classical music.

A special accent in the 2022 edition of the festival was thecrossover concert-performance “Flying Bach” by the winner of prestigious international awards, pianist and producer Christoph Hagel. The audience enjoyed an outstanding performance with Bach’s music and the participation of current German world breakdance champions. This event attracted the young audience in Varna and conveyed a special message for the connection between generations.