In 2020, the Malta Festival Poznań planned to celebrate its 30th anniversary. Unfortunately, the plans for an international gathering of different generations of theatre artists were thwarted. The Covid-19 pandemic forced a change in the programme, in communications, production and promotion. Subsequently, the Malta Festival was stretched out in time. It was itinerant and scattered around the city. But it consistently followed its basic principle: it was live. The health restrictions and closed borders made it impossible to produce the planned international programme. It was also impossible to hold the festival as usual in June. Despite this, Malta found a way to reach the audience, offering a "˜festival on tour' in several steps announced two weeks in advance. The festival ran from 11 June to 30 August: in 5 programme steps, at 33 locations, over the course of 46 days. Out of the 144 admission-free events, only 22 happened online.

The anniversary edition focused on the festival's local dimension. The events were held in many settings: in housing estates and fields, by rivers and by lakes. In the context of the pandemic, it was impossible to organise mass happenings. Subsequently, people watched plays (directed by Janda, Podstawny and Tomaszewski) on big screens from their windows, listening on their radios. For 5 days, the festival village, usually situated in the city centre, was set up in a two-hectare field. There, the festival audience took part in workshops, warm-ups, performances and concerts, wearing masks and observing social distance. Some of the performances were staged by Canoa, Wikingowie and Klub Komediowy, whereas the music programme featured Bartek Wąsik and Ralph Kamiński, Polmuz, Barbara Wrońska among other artists. 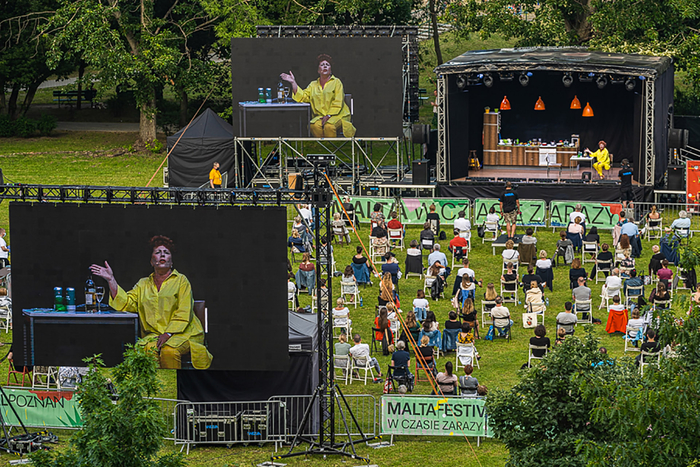 The Covid-19 crisis has been especially hard for the cultural sector. For this reason, the 30th Malta programme presented 16 shows by artists from Wielkopolska, who were selected in a special competition. Many artists from Poznań also worked for Generator Malta - programme, focused on water; the way it is present in our lives and the way it reflects global social issues, including inequality and migration.

The Malta finale performance was Hamlet directed by Kleczewska. The anniversary Malta Festival also honoured the memory of the recently passed Raczak, the founder of Teatr Ósmego Dnia and long-time artistic director of the festival. Rabbi Maharal and the Golem, a play he directed many years ago, was performed in the amphitheatre.

The process of creating the Malta Festival and the organisers' struggle against the pandemic was documented by reporter Agnieszka Nawrocka, who, for several months followed the organisers, artists and audience with her camera. The result is a documentary titled Malta in the Time of the Plague, which is available online.
Also available, is a bilingual festival http://2020.malta-festival.pl/...

As the World Music Day (21 June) is celebrated everywhere, you start looking at festivals’ dates and think “I wish I could go but I can’t with my kids…”. Well, you shouldn’t! Many festivals include the whole family in their programme, organising activities for all ages. So come together and you will have just as much fun as they will!

Portuguese know how to honour their artists. Indeed, their national day, 10 of June, celebrates the memory of Luís de Camões, a Portuguese poet from the Renaissance. On this occasion, let’s take a look at some classical music festivals that will take place in Portugal in 2022. 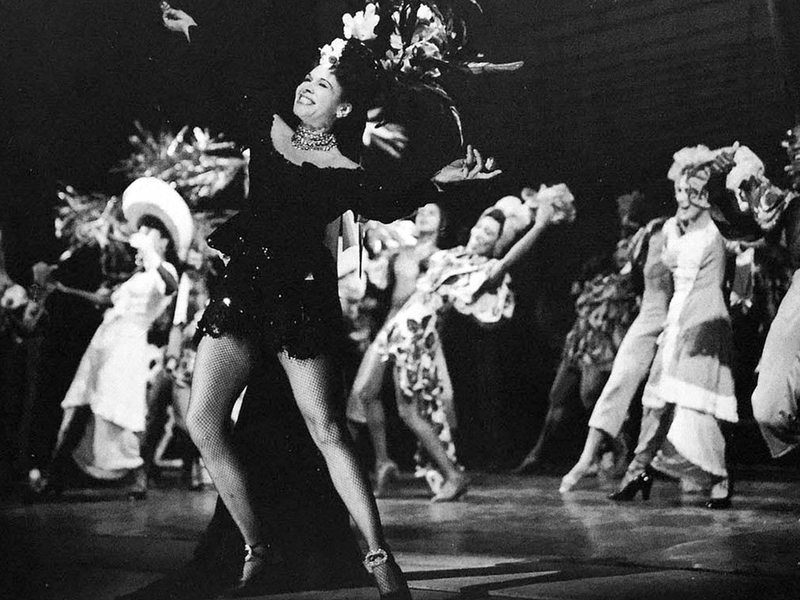 Every year on 9 May, European citizens celebrate Europe Day. This day commemorates the historic ‘Schuman declaration’, signed on 9 May 1950. Let’s zoom in on some of the festivals that emerged after World War II and that continue to play a very important role today.