8 March is International Women’s Day, when we celebrate women’s achievements and also raise awareness about women’s equality globally. In Germany, this day has been officially recognised as a public holiday. This year and alongside our presentation of festivals dedicated to woman and gender, we talked to Nadin Deventer, Artistic Director of Jazzfest Berlin. Nadin has worked for Jazzfest Berlin for 7 years and was appointed Artistic Director in 2018. She is the first woman to lead this 56-year-old famous international music festival. 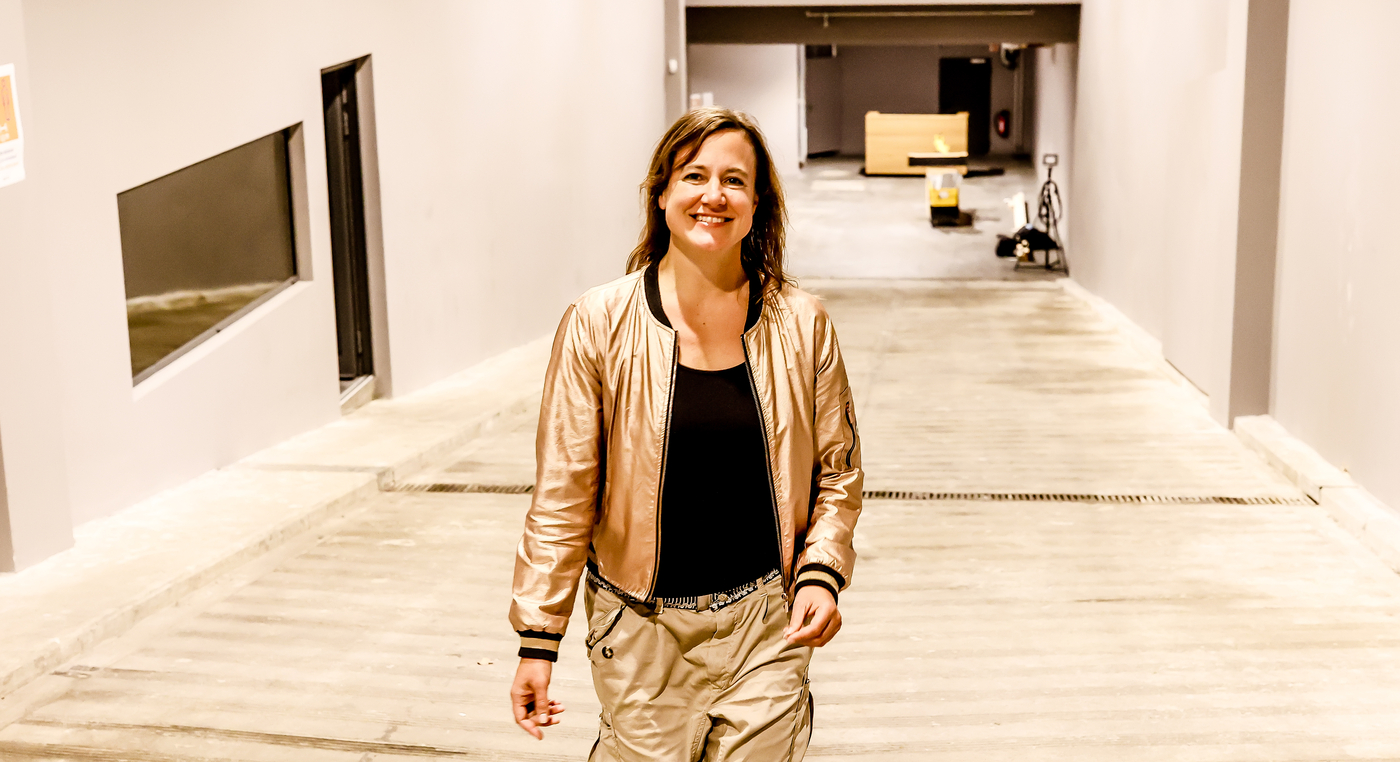 Nadin, how did you get involved in festivals?

I was a jazz musician before, a singer. At university I combined European studies and jazz music in the Netherlands. During my studies, I did some internships and assistant jobs at festivals and clubs and I found out that I should support the few really talented and brilliant musicians that are around, rather than to try and build up a music career for myself.

How did you react when you learned you were appointed director of Jazzfest Berlin?

I was really surprised. I felt grateful and honoured but I also felt a lot of pressure, high expectations and insecurities. This kind of job is a big opportunity but also a big responsibility. I never really believed that it would happen, because the cultural sector is still a very patriarchal system. Role models for girls and women are lacking.

At the beginning when you’re young you don’t realise this. You try to establish yourself and also try to figure out how this cultural world is working, because nobody is teaching you how it works. By growing older, I realised what this patriarchy is all about and I wondered more and more: why are all the attractive jobs mostly going to men? Am I not good enough?

In 2016, the cultural minister in Germany, Monika Grütters, commissioned a survey concerning the role of females within the cultural and media sector in the country. The figures and numbers that came out of this survey represented exactly what I experienced: key and decision-making positions, the interesting and well-paid jobs were and still are for a very big part in male hands.

How would you describe your start and way of working in this leading position?

When I took on the position of Artistic Director I was 39 years old and all of a sudden I stood in the public spotlight. I always thought that the shift in perspective that I brought to the Jazzfest is mostly related to a change of generation that came along with my appointment and less to the fact that I am a woman. The debate was very emotional for one year. So I decided to take on a very diplomatic attitude towards provocations and scepticism, I always tried to understand why someone would react like he did, how and by whom this cultural ecosystem has been shaped and working for several decades. On the other hand, I also had a lot of support coming from musicians, colleagues, males and females and the scene. This was very important for me, because of course I also had and still do have doubts.

Festival work is teamwork. You need a good network and open-minded colleagues and collaborators to make a festival happen. Nobody is doing this alone, my mindset is very communicative and collaborative, I am an independent project leader and curator for more than 15 years and I constantly need to find allies to make projects happen.

Is there a message that you want to put over in regards with International Women’s Day?

I can only encourage women and girls to try to fulfil their dreams, to think big, even if it means to fail sometimes: Fail better next time! When starting a new project, you never know if it will work and how things will turn out in the end. It’s like being on a journey. I even think that we can learn more from failure than from success. Learning and growing should be a lifelong process that women and everyone else should strive for, also in their professional life. 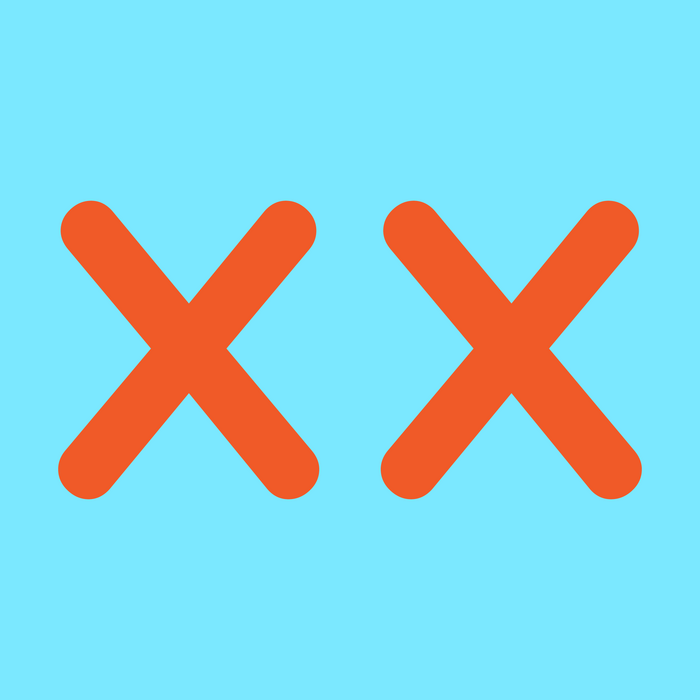 The International Festival of Contemporary Arts – City of Women is a platform welcoming artists who experiment with, blur, and cross, the boundaries of genres, from all over the world, including regions that have rarely been presented in Slovenia. It fosters active participation of a broad and diverse audience at more than 15 various venues across the city. Workshops, lectures and a theoretical platform represent educational elements of the festival. 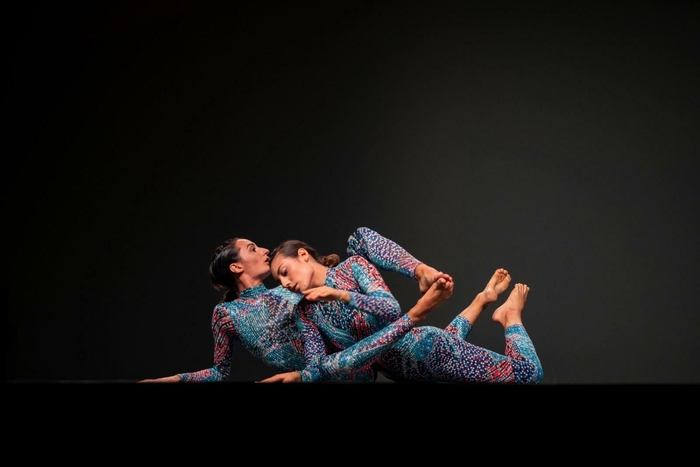 Gender Bender is the multidisciplinary international festival introducing the Italian public to the new imagery related to gender identity, sexual orientation and body representation stemming from contemporary culture. It is a real model of how differences can give a contribution to the construction of a more rich and welcoming society from the human, social and cultural point of view. It takes place annually in Bologna, Italy, since 2003. 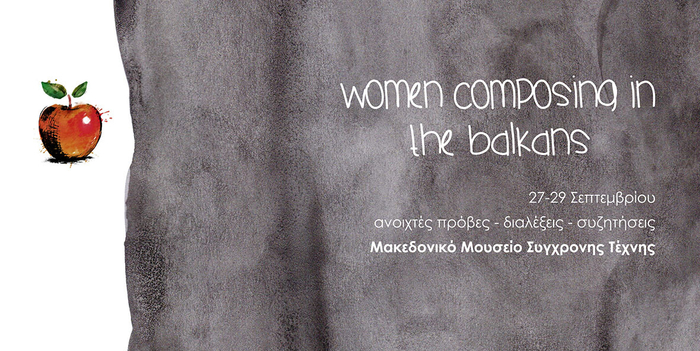 Women Composing in the Balkans

Women Composing in the Balkans wishes to encourage young female composers to introduce their work abroad, rehearse with new musicians and develop a network of young generation interpreters and composers in the Balkan area. The project was firstly addressed through a call for scores to composers from Greece, Bulgaria and Romania, aiming to include more Balkan countries in the future. The selected compositions were performed by Methexis Ensemble, consisted of violin, clarinet, accordion and piano, giving prominence to the important role of these instruments in both traditional and contemporary music of the area.

We do not know the new dates for 2021, but take a look at their website for updates. 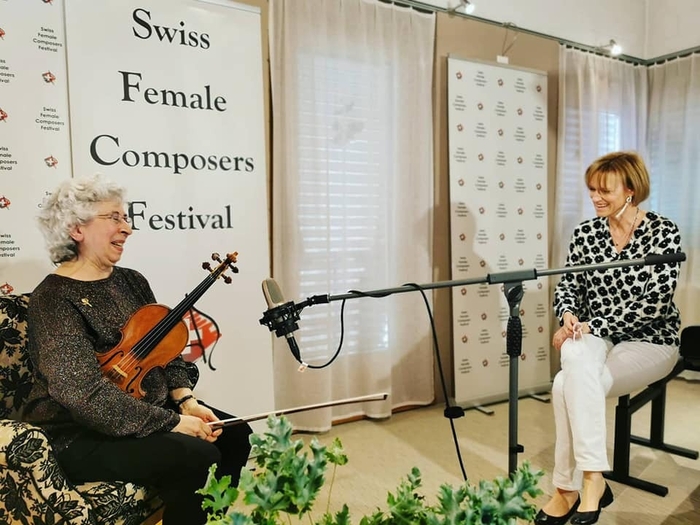 We do not know the new dates for 2021, but take a look at their website for updates.