No Time To Lose 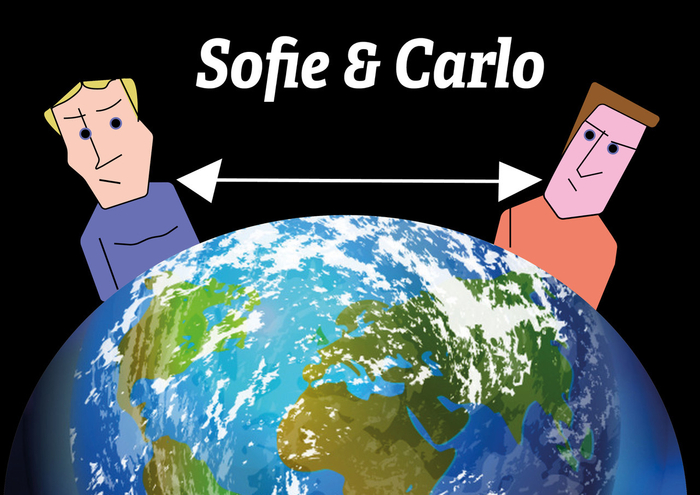 Carlo struggled from his bed at 8.15am, almost as usual. Getting up had never been his thing but the work imperatives of shower, coffee, breakfast pastry, dressing to his satisfaction (a level judged by whether any girl glanced at him while he waited for the tram), the tram ride itself and more coffee from the place on the corner opposite the festival office, all required him to force himself from under the duvet at 7.45 most mornings.

Now the office was forbidden territory, though, and even had it not been the corner café was closed by national decree, so an extra half hour in bed seemed minimal recompense. Not going into the office did not mean throwing out office hours, the General Manager, fierce Oxana, had made clear in a flurry of emails and WhatsApp posts. The staff meeting would happen as usual, via Skype, at 8.45am.

Resentment grew as Carlo replaced one t-shirt with another and pulled on a moderately clean jumper. He never wore pyjamas and considered leaving the bottom half bare since it would not be visible through his computer's camera as he sat at the kitchen table. His state of undress could be a token protest. What, though if he wanted more coffee? He stuck his legs into track suit trousers and even dragged a comb through his hair.

There was a frantic scramble to have a steaming espresso next to the screen and the machine functioning so that his little green button was showing when the peremptory 'join me' instruction flashed up. Carlo marvelled at Oxana's ability to make even the neutral messages of Skype seem like a bloody-minded order. But he was there, smiling, and much more importantly was there before Sofie showed herself.

'Glad you could make it,' observed Oxana as Sofie's image increased the number of mini-screens on view a couple of minutes later.

It was all Carlo could do to keep a straight face. 'Buon giorno,' he chirruped. Sofie's hair was dishevelled, her face devoid of make-up and dark bags hung beneath both eyes, 'or is it?'

Sofie could have explained that the man in the apartment below had dealt with being locked in by playing heavy metal at stadium volume until three. When he stopped, the baby upstairs had taken over with lungs that clearly had no infection. She was not given the chance.

'Right, no time for small talk,' barked Oxana. 'the festival is only 17 weeks away and there is just as much work to do as there was yesterday. So if you all think you can relax on the sofa in front of your favourite drama box set, forget it.'

Carlo ostentatiously had a sip of his espresso, raising the tiny cup to his mouth with the deliberation of wine master sampling the bouquet of an expensive vintage. Time to provoke.

'Surely it will have to be postponed, at the very least?' Somehow the knowledge that Oxana was three kilometres away seemed protection enough against that inevitable explosion.

From Oxana there was no explosion for once. Only cold venom. 'They wouldn't dare.'

Sofie was inlined to believe her. In the meantime, all was quiet in her apartment block. She needed sleep. It was time for an online malfunction.