Close
Home News Home Is Where the Laptop Is

Home Is Where the Laptop Is 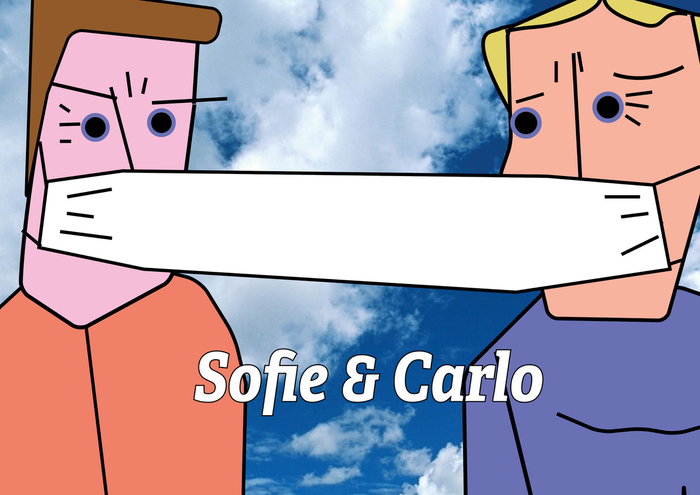 In the Festival's secluded valley in the hills of Europe the sun had come out along with tentative yellow flowers in city window boxes. On the trains skiers in knotted caps and and après-skiers in faux fur hats were gradually being replaced by cheerful types with walking poles, sensible shoes and the sort of knapsacks only suitable for spare socks, a packed lunch and bottles of water. Rambling up hills was taking over from falling down them.

At least that was what should normally be happening. The reality was gloomier. As news of insurgent disease spread, the skiers had been sent home early and the ramblers had been told to tend their gardens and plod around their living rooms like inmates of mediaeval gaols.

In her office Oxana coughed fiercely. This was not unusual. Oxana smoked whenever she could and coughed twice as often as she puffed from her cigarette. Nontheless, these days a cough was an issue. As the coughing reached its peak Oxana rummaged in the bottom drawer of her desk for a fresh pack of tissues. She did not want to spread any wandering germs but equally she really did not want staff to think she was sickening. Oxana was famous for never being ill.

In the general office Carlo sat across the desk from Sofie and sniffed. He read through the list of daily tasks Oxana had emailed him and sniffed again. As he glanced into the coffee mug and saw it was empty a further derisive sniff was inhaled.

Sofie glared at him. 'Do you have to do that?'

'Do what?' Carlo raised his eyes and looked puzzled.

'That thing with your nose.'

'What thing with my nose?' he sniffed.

'That. It's making me nervous.'

'It's just a habit. I am not trying to clear anything.'

'All the same...' Sofie reached into her bottom drawer just as Oxana had and pulled out a packet of tissues. 'Have these – and then don't leave them on your desk. Go and set fire to them or something.'

'I'm breathing in, not out,' complained Carlo. The sound of Oxana's volcanic chest reverberated from her side of the door.

'What goes up must come down,' Sofie observed, giving Carlo her most imperatively narrowed eyes.

Carlo's response was predictable. He sniffed. So was Sofie's. She threw the tissues at him.

From Oxana's room came a wail, the sort of noise (thought Carlo) you would expect from a bull about to become a bullock. 'What's wrong with her now,' he muttered to Sofie, 'has she sat on something sharp?'

The answer was not long in coming as Oxana herself strode into the room. 'Right you two. Pack up. You're going home.'

'Italia, Estonia, Utopia... but why, what have we done?' queried Carlo.

'Exactly,' Oxana agreed unreasonably, 'but that is not why you are going home. Orders from above. When I say home I do not mean those places at either ends of Europe. I mean your rooms here; that's where you will work. The office is being closed. All offices are being closed. The Virus has reached the capital and now they are closing down the whole country, no exceptions.'

'No buts. Pick up thy laptops and walk.' Their boss turned, headed back into her room and slammed the door behind her.

Carlo wondered whether he would ever hear Oxana misquoting the Bible again. He shrugged and obeyed, winking at Sofie as he gathered his odds and ends into a plastic bag. 'Be seeing you, Angel.' He was out of the door before Sofie had shut down her screen.