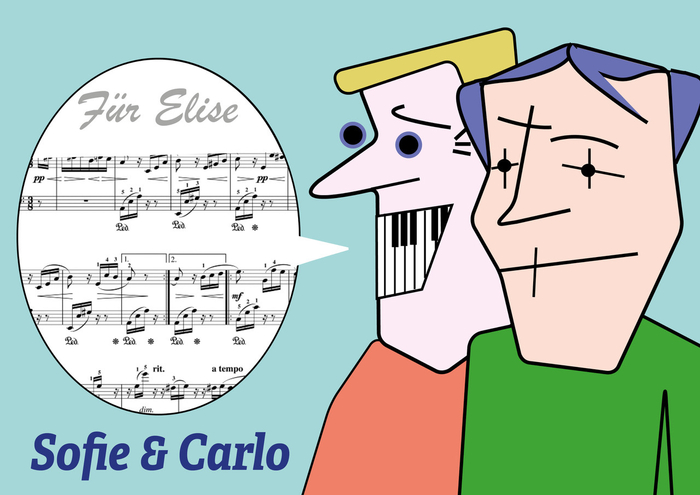 Sofie sighed, brusquely pushed a loose strand of blonde hair out of her right eye, and glared across the desk at the grinning Carlo. “I suppose you thought it was funny!”

Funny was becoming a dangerous word between them. Sofie was Estonian-Russian, Carlo was all Venetian. The only thing they had in common was coming from the cold end of long seas. Carlo doubted whether Sofie ever found anything funny. Sofie saw her fellow intern as merely silly, not to mention vain, childish and probably sexist beyond hope.

They had been across the desk from each other for a week, persuaded by contacts in each of their home countries that they should spend the first six months after leaving university working in four of Europe's leading arts festivals. Just about the only thing they agreed on so far was that if this one was a 'leading' festival, they dreaded to think what the rest were like.

For a start the Director... well, that was the problem. The festival had started the evening before but the Director hadn't. He was nowhere to be found.

“You laughed. I saw you,” taunted Carlo.

“I did not! I was really sorry for him. It was not his fault.”

“Of course it was,” Carlo scoffed.

“How?” Sofie asked, exasperated. The venerable Director had been extremely nice to her since she had accepted his invitation to 'shadow' him during her first few days. If truth be told she had a soft spot for him – and felt just a touch guilty. If she had been shadowing him a little more closely, the disaster might never have happened.

“What idiot gets himself locked in an orchestra lorry?”

The answer was a festival director who had an obsession with checking every detail himself and had been convinced, just before the morning's final rehearsal, that the stage was one glockenspiel short of a percussion section. It was not.

As he had poked among the piles of protective blankets, the doors of the lorry had been closed, the driver had parked safely out of the way and headed to the band's hotel, confident he would not be needed till late that night.

“And you found him eventually.”

That was true, Sofie acknowledged, but she was not sure it made her feel better. After 14 hours in dark solitary confinement, on what should have been a day of triumph, the no longer fragrant and assured Director had been led away gibbering.