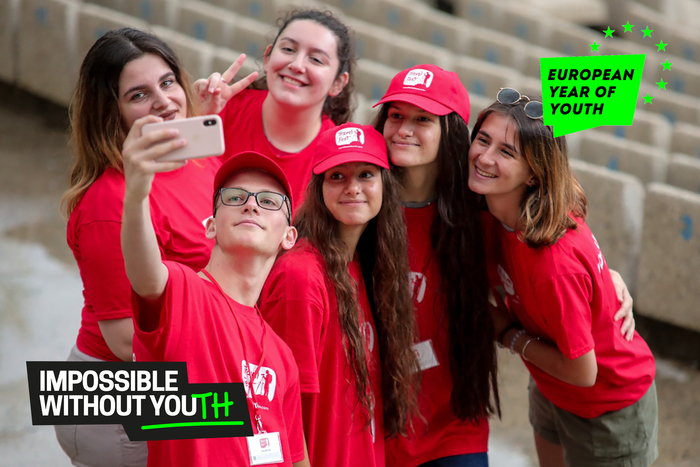 Travel Fest Albania has concluded the first edition successfully. 128 films from 42 countries were screened in 4 cinemas during one week and 22 prizes were awarded to the winners. About 30 invited creators from as far away as Australia, along with the rest of Europe and neighboring countries, were accommodated in Tirana to attend the festival and then enjoyed a 3-day trip to the Albanian Riviera.

We would not have been able to achieve the success of such an extensive activity without the extraordinary help of young volunteers. The call for volunteer registration was opened 2 months before the festival, and about 20 young people received the volunteer uniform. They worked tirelessly to make the festival a success.

Some of them, like Stolija, carried on working the third shift during the night, until 5 in the morning, and at 8:30 she accompanied the invited creators to the cinema. She is an Interpreter (English to Albanian and Albanian to English), part of ESN Tirana and an ex-Erasmus student, and has studied software development at the European University of Tirana.

Klea, who meanwhile was taking the main exam for her master's degree, found time to deal with the co-ordination for the evening shows in outdoor cinemas.

Jonas is founder of Tech Point, an ambassador for next generation tourism graphic designers, also web designer, member of European Youth Parliament Albania and also an experienced editor member of YATA international and volunteer at EU solidarity corps as well as UNDP Albania.

The example of these young people is inspiring for many others and we are convinced that in the next edition we will have other equally beautiful stories from the volunteers of Travel Fest Albania.

Their volunteer experience will be passed on to other young people as the festival grows.