UPDATE: Festivals in March and April

Due to COVID-19, many festivals supposed to happen in March and April have been postponed or cancelled.

We call all of you - all festival makers, artists and festival lovers around the world - to stay at home. Be careful and stay safe! Taking care of yourself and your loved ones is taking care of your future. Only together we can ensure a summer full of music, arts, festivals and friendship.

If you are looking for information about initiatives launched to support festivals during and after the coronavirus crisis, you can visit the European Festivals Association's portal page collecting the most useful information for the festivals community. This page is updated regularly. 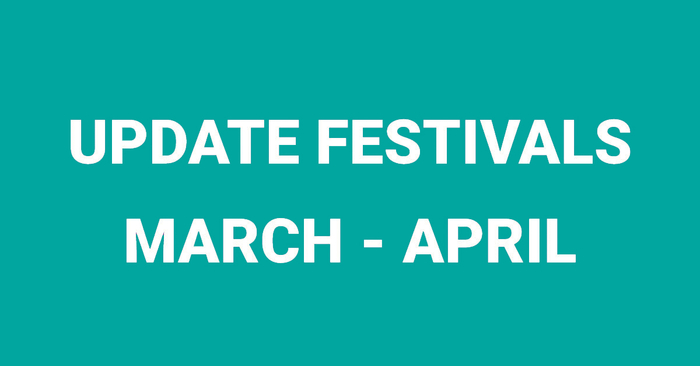 Find here below all the festivals registered on FestivalFinder.eu which were supposed to happen in March and/or April 2020. You will see that some have been cancelled while others have been postponed. Due to the uncertainty of the situation caused by the spread of the coronavirus, many festivals cannot announce new dates for the moment.

But they will be back, that is sure!

Mladí Ladí Jazz, 5 – 30 April (Prague, Czechia): Some events are cancelled, others are postponed