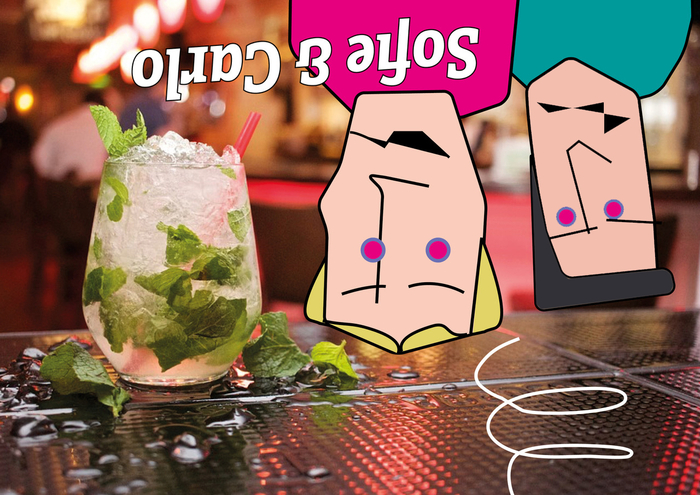 Being continually nice to sponsors was becoming a trial for Sofie. She soon understood that they came in a hamper of different varieties. There were the political types: the Mayor, members of the city council, the national parliament, occasional European dignitaries, and all the ranks of officials and minor staff. These had a peculiar way of being trouble in inverse proportion to their seniority.

The really important ones were a little distant but unfailingly charming, whatever their politics. It was the minor officials, the parliamentarians no-one had heard of, the minders and Sherpas, who were a pain in the bottom of Sofie's sparkling waters.

Then there were the long term commercial 'partners', who expected her undivided attention before concerts and during intervals, and were constantly inviting friends and contacts into the reserved sections for free drinks, and who thought of Sofie as an upmarket waitress or a junior member of their own corporate staff.

Even worse were the sponsors just for one event. For them, the festival was often a baffling novelty, the sponsors' reception a party but one where they either knew nobody and felt completely out of place, or one where they brought all their friends, whether or not they had the slightest interest in the concert. Many of them had never been to a live classical music event before and had no idea of the basic etiquette (like not talking, switching off their mobile phones or sitting still during the playing). They had paid for the performance so they could do as they liked! It was Sofie's job to explain the rules with great diplomacy and tact, a task often not helped by her lack of the local language.

The last group were not financial but reputation sponsors: the press. In the interval of the evening's concert (held on a stage in the same little square that she and Carlo had adopted as their al fresco office before the festival started) she had her hands full. The Elbe Source Philharmonic Orchestra had come over the mountains with their young, compact and charismatic conductor, Gustavo Lapequino, famous more for the signals given by his hair than his baton.

The local music critics were there, of course, as they were every night, but there were two foreigners as well; a Spanish blogger from a vaguely respectable online review site. He was no trouble since nobody on the staff or the team spoke Spanish. He just sipped his warm local wine with distaste, as if he had heard a substandard violinist.

The second international critic was the one giving Sofie nightmares. Norman Joostaluis wrote and podcasted for titles in London and Amsterdam. He delighted in controversy and was known as the 'shockjock of the arts'. If there was no controversy he would create it. In person he was a straggly man in middle age with bad teeth, stale odours and an unfortunate taste in purple shirts. He had a black moustache that might have been fashionable in a 1970s Western but now just drooped into his beer.

He sidled over to Sofie, the only young and attractive woman in the sponsors' reception coral and the only one with a staff badge, and leered. "Not much good, is he!" he announced with the air of a police inspector.

"Who, the soloist? I thought he was rather wonderful," Sofie argued back.

"No, that urchin conductor. The man who thinks he's a film star." Now that he had started on his favourite theme, Joostaluis was not to be stopped. "He waves, he gesticulates, he dances. The orchestra never look at him because all they see is disco. If I want disco, I will take you out later."

"Oh, I don't think so," Sofie said firmly. She did not need to worry. Joostaluis was not listening.

"I mean, they need to know where the beat is, when to enter, when to be quieter, not that the conductor has great hips. He might as well wear swimming trunks or a thong."

Sofie looked around desperately and was grateful when one of the politicians caught her eye. "I'm sorry, sir," she mumbled, "other duties," and moved away. Suddenly the air seemed clearer. The relief was only temporary, however. She turned in time to see Joostaluis heading towards the Mayor and heard his opening words.

"What an ugly town this is," he began without waiting for an introduction. "I suppose this festival must be the only interesting thing that happens here. Such dull scenery, such unimaginative people. Do you think that is down to those years of communism or has it been like this for ever?"

The Mayor started to swell with fury but she was a politician and used to insults. She merely said to the approaching Sofie, "I think this man is drunk. No doubt the police will assist you. I suggest you call them now," and moved away like a battleship that has just sunk a tiresome frigate.